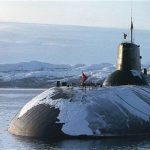 ‘It is up to the people to make a choice’: President Dmitry Medvedev has told Russian television that the result of upcoming elections could certainly not be described as ‘predetermined’.  Samuel Charap in the New York Times, who describes the new order as something resembling ‘a sultanate based on a personality cult’ would certainly disagree.  President Medvedev has apparently told the press that Putin’s ‘greater political authority’ was the reason he would revert to the Presidency.  The fact that the pact to switch was made several years ago, and Putin spun out the suspense as an act of political theater ‘shows all the markings of a megalomaniac who has enjoyed uncontested power far too long’.  A New York Times op-ed suggests that the continuation of Putin’s reign can only end in revolution.  In a little-publicized outburst at the United Russia congress, Fyodor Bondarchuk, director of film The 9th Company, a favorite of the Prime Minister, can be seen on Youtube and RFE/RL telling delegates that ‘People are indignant. They are tired of corruption.’  Does Putin’s behavior this week, denying corruption allegations and modernizing the exchange of information between government agencies, indicate we are seeing a new side to the leader? wonders the Moscow Times.   Many have noted that this election will be characterized by a strong strand of Russian nationalism – whether this could prove the eventual unravelling of the regime is considered here.  Two nationalist movements, the Russian Civil Union and Russian Public Movement, which have combined to create the Russian Platform, will hold an anti-migrant rally this weekend as a part of a new campaign entitled ‘Stop Feeding the Caucasus.’  According to a new report by a Washington think tank, Al Qaeda is increasingly involved in the funding and supporting of Russia’s Islamist insurgency in the North Caucasus.

Near the east Russian city of Irkutsk, hundreds of people have protested against the construction of a highway which would decimate large parts of the Kai Forest and entail the demolition of dozens of private homes.  In Rzhev, around 100 local residents have reportedly blocked a central street in protest against the potential scrapping of direct elections for the mayor’s post.

First the AK-74, now the Typhoon: as Russia modernizes its armed forces, it has apparently decided to scrap the nuclear-powered submarine which was once the pride of the Soviet military industrial complex.  Apparently the nuclear-powered Tula submarine has managed a successful test launch of the Liner ballistic missile.  An article in the New York Times examines the fissures within the EU’s Eastern Partnership program; Belarus was noted by its absence from the summit which draws together six post-Soviet states.  Polish Foreign Minister Radek Sikorski, whose country holds the EU’s rotating presidency, has expressed hopes that Ukraine will prove a useful conduit between the Western bloc and Russia.  But does Ukraine increasingly use Kremlinesque authoritarianism?  The Tymoshenko trial might suggest so.

‘A man walks through Moscow traffic knocking on car windows: “Terrorists have kidnapped Putin and threaten to douse him in oil and burn him alive if they aren’t paid $10 million ransom. Will you make a donation?  “One driver answers: ‘I’ll give you five litres’.” Reuters reports on how Putin’s return has prompted a new brand of satire.