Police In Firing Line Over Death In Custody 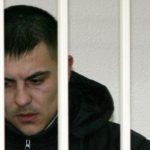 When reading the numerous reports addressing the horrific death of Sergei Nazarov, a 52-year-old resident of Kazan, on March 10, following a brutal rape in custody by police officers, this final paragraph from an RFE/RL report on the matter, stood out:

Last month, at another Kazan police station, Pavel Drozdov, deputy director of a local railroad technical school, died in custody. Drozdov’s father said his hands and feet were bound together when he died — but the local investigative committee has taken no action.

Some observers have suggested that the authorities’ quick response to the incident (the immediate suspension of the chief of the police station, and the charging of four police officers with abuse of power and aggrieved bodily harm) is possible evidence that President Medvedev’s vows to reform the ill-reputed police force have paid off.

Apparently in the Nazarov case, preliminary evidence suggested that the fatal injury sustained (allegedly being raped with a champagne bottle) could not have been self-inflicted. Which, along with the case of Drozdov mentioned above, prompts one to wonder if this incident is just a case of the police being caught out, rather than caught.  Were it not for the fact that Nazarov’s injuries were flagrantly inflicted by someone else, might his death have slipped under the radar?