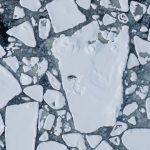 Putin has called for ‘unity’ in his final address to the State Duma as Prime Minister, a video report on which can be seen here, and told lawmakers he would not accept new constitutional limits that would prevent him from extending his rule as Russia’s president until 2024.   The final speech was marked by a walkout from opposition deputies angered by the President Elect’s comments on Oleg Shein’s ‘weird’hunger strike in Astrakhan.  RFE/RL has a video report on the local Just Russia leader’s 27-day protest against election fraud.  According to the Other Russia, Solidarity co-leader Ilya Yashin has been detained in Astrakhan during a rally in support of the oppositionists.  Socialite Ksenia Sobchak has offered to pay for airline tickets to the southern city, where Just Russia leader Sergei Mironov has just arrived, for those who wish to show solidarity with Shein and his supporters.  Ria-Novosti reports that the protestors ‘partially ended the strike’ after Central Elections Commission chief Vladimir Churov agreed to see video footage showing alleged fraud.   ‘At first glance, the idea seemed totally absurd’: opposition Muscovite Ilya Varlamov discusses his decision to run in the Omsk mayoral elections.  The Moscow Times reports on the challenges facing Oleg Mitvol’s newly-formed Green Alliance party.

Prominent Muslim leader, Metin Mekhtiyev, aged 33, has been stabbed to death in Moscow in what his colleagues have described as a racist attack.  How a new nationwide hotline is providing support and legal advice for victims of police brutality.  Foreign Minister Sergei Lavrov has slammed attempts by a band of US politicians to connect the repeal of the Soviet-era Jackson-Vanik amendment with the adoption of Magnitsky sanctions.

Despite apparently considering NATO a throwback to the Cold War, Vladimir Putin has expressed his support for NATO’s use of a Russian airport as a supply hub for its mission in Afghanistan.  The Foreign Minister had told the press that the treaty organization would only be permitted to transfer non-military supplies via the base to Afghanistan.  Meanwhile, the director of the NATO information bureau in Moscow has apparently denied that NATO is interested in installing a base in Russia.  The Syrian government’s pledge to halt army operations means the opposition must now also observe the ceasefire, Russia’s deputy foreign minister has announced.

Scientists from the US and Russia are collaborating on the largest population survey to date of potentially endangered Bering Sea ice seals.

PHOTO: An aerial survey from the National Oceanic and Atmospheric Administration shows an adult male ribbon seal in the Bering Sea.  (NOAA/AP)