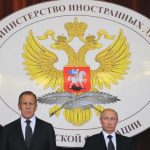 RFE/RL has a video report from the flooded town of Krymsk where residents complain that they did not receive proper warnings about the impending disaster.  ITAR-TASS reports that 20,000 people in the Krasnodar region ‘fully lost their belongings’.  Left Front leader Sergei Udaltsov has told supporters that the damage to the region ‘is a direct consequence of the thieving policies carried out by the swindlers and thieves in recent years’.  ‘Survivors do not see themselves exclusively as victims of fate. They also see themselves as victims of their state’ concurs a Guardian editorial.   Emergency Situations Minister Vladimir Puchkov has reportedly admitted that the residents of the region were not warned as comprehensively as they should have been.  Krasnodar Governor Alexander Tkachyov, who has been a target of outrage, has placed the blame squarely on local officials in the city of Krymsk.

Moscow City Court has decided to uphold a lower court’s order to extend the pretrial detention period of anti-Putin punks Pussy Riot.  The Russian-language segment of Wikipedia has begun a temporary blackout in protest against the new bill which would create a blacklist of all websites containing ‘extremist’ material.   Lawmakers with the OSCE have thrown their weight behind have calls for sanctions against Russians implicated in the jail death of lawyer Sergei Magnitsky.

Reuters reports that a military official has said that Russia will not deliver fighter planes or other new weapons to Syria as long as the situation remains unstable.  The comment was attributed to Vyacheslav Dzirkaln, the deputy director of the Federal Service for Military Technical Cooperation, but the news has not been confirmed by any other officials.   Military analysts have apparently concluded that Russia’s Kornet is the model for Iran’s new laser-guided anti-tank missiles, says Bloomberg.   The Moscow Times reports on President Putin’s biennial speech to ambassadors in which he apparently advised them to soften their work methods in order to improve Russia’s image abroad, whilst also taking aim at the West with comments about ‘unilateral’ actions.