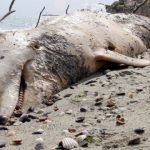 ‘They won’t scare us with iron beds and government porridge. If we have to go to prison two more times or 22 more times, we’ll do it’.  Upon his release from jail yesterday, prominent Kremlin adversary Alexei Navalny stated that he would take part in the next rally on June 12 and called for a nationwide protest in early September.  The BBC has a brief video report.  Yevgenia Chirikova and Ksenia Sobchak were among the opposition activists to walk out of a United Russia chaired meeting on the new bill to raise fines for protestors yesterday.  A Just Russia deputy Dmitry Gudkov has vowed that the parliamentary opposition will derail the passing of the controversial bill in the Duma.  According to a new poll, 29% of Russians from across 43 regions believe that the opposition camp in Moscow should be shut down.

The US Department of State’s Country Report on Human Rights Practices for 2011 has identified a number of abuses in Russia.  Former US national security adviser and human rights advocate Zbigniew Brzezinski has told a conference that President Vladimir Putin’s rule may ‘already be a form of anachronism’.  The new ‘socially mature’ middle class might be thinking the same thing, argues this article.

RFE/RL reports on the death of 300 dolphins in the Black Sea, which environmentalists believe to be the result of pollution from the Sochi Olympic site.  The Huffington Post has a disturbing expose of the ecological damage caused so far by Russia’s Arctic exploration.  Russia’s military intelligence agency apparently has suspicions that US-inspired industrial espionage may have caused the recent crash of the Sukhoi Superjet 100 in Indonesia.  Michael Bohm offers a profile of Russia’s new culture minister, jingoist par excellence, Vladimir Medinsky.

Around 500 Russian bikers have picketed the Iraqi Embassy in Moscow, demanding the release of four of their colleagues who were arrested in Iraq on spying charges.