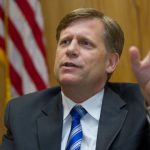 Foreign Minister Sergei Lavrov has expressed deep alarm over the massacre in the Syrian town of Houla this weekend, but added that both government forces and rebels were responsible for the killings.  British Foreign Secretary William Hague’s visit to Moscow ended ‘with little sign of a diplomatic breakthrough‘ on Syria, says the Telegraph.   The Moscow Times suggests that Hague’s mission was to prevent ‘further deterioration of relations’ with the Kremlin rather than achieve specific goals.  The Washington Post argues that there are signs that the Kremlin is beginning to reevaluate its backing of the Assad regime.  US Ambassador Michael McFaul has found himself on the receiving end of Foreign Ministry criticism once more, for comments made to students last week which, according to the Ministry, amount to ‘blatant falsehoods’.  McFaul responded via Twitter by saying that he is ‘still learning the craft of speaking more diplomatically‘.

Journalist Sergei Aslanian of Ekho Moskvy radio is in intensive care following an attack which saw him stabbed in the chest, neck and arm, in front of his Moscow apartment.  It has been suggested that the assault may have been related to comments about the Prophet Mohammed, recently made by the reporter, which provoked some controversy.  Veteran TV presenter Vladimir Pozner has told viewers that the ceremony inaugurating Medvedev as head of United Russia, reminded him of the Communist Party ‘during the years of Soviet stagnation’.   Brian Whitmore discusses what Professor Mark Galeotti calls Putin’s ‘phenomenal blunder’ in wishing to return to the Presidency.

PHOTO: The Foreign Ministry criticized McFaul for comments he made last week to students at Moscow’s Higher School of Economics. (Maxim Stulov / Vedomosti)