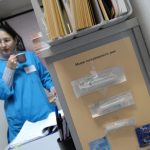 An innovatively edited video clip, ‘The Arrest of Vladimir Putin: A Report From The Courtroom’, which shows the Prime Minister caged and questioned Mikhail Khodorkovsky-style, has proved a viral sensation.  Actress and charity head Chulpan Khamatova may have only filmed an advert in support of Putin because of threats that a refusal would result in a loss of funding, says the Moscow Times.   Could Nashi be axed after the elections? The Independent reports that a group of hackers have apparently uncovered official emails suggesting that its demise is imminent.  A probe into Vyatka bank, which holds accounts pertaining to Kremlin adversary Alexei Navalny, has been launched by Russian authorities, says this report.  Election monitor Golos has reportedly been evicted from its offices despite having a valid lease until August.  Barnaul opposition group The Decembrists has been denied a permit for a toy protest rally on the grounds that the figurines are not Russian citizens.  Drafting a resolution on the functioning of democracy in Russia during the election period is apparently a top issue for the European Parliament.

Ex-president of the former Soviet Union Mikhail Gorbachev has lambasted Kremlin interference in the management of the Ekho Moskvy as ‘a slap in the face of public opinion’.  A subpoena against the radio station’s chief editor, Aleksei Venediktov, who has resigned, has been withdrawn.  Changes at the Putin-critical station have other liberal media outlets worried, says CSM.   A former senior employee at Yukos, Vladimir Pereverzin, has been released from prison after serving more than seven years on charges of laundering $13 billion.

Nikita Mikhalkov, the film director who acted as Putin’s proxy during a televised debate with Irina Prokhorova, sister of and stand-in for billionaire presidential candidate Mikhail Prokhorov has added to the chorus of voices suggesting she would make a stronger candidate than her brother.  Putin can boast film industry stalwarts among his supporters – but are the opposition’s coterie of writers a more useful asset, wonders Leonid Bershidsky.  The white ribbon: protest symbol and fashion statement.  Read here to find out why the future is looking increasingly bleak for Russia’s 637,000 HIV sufferers.

France has announced it is discussing a new U.N. Security Council resolution on Syria with Russia.  Foreign Minister Sergei Lavrov has hinted that Moscow may support a proposal on peacekeeper deployment: ‘If the issue is about stopping gunfire, everything is possible’.  Meanwhile the Foreign Ministry has dismissed media allegations that the Bashar al-Assad regime is using chemical weapons against protestors supervised by Russian weapons experts as ‘dirty lies’.  A US State Department official has warned that weapons provided to the Syrian regime by Iran and Russia may be being put to nefarious use.

PHOTO: The Our Clinic Center in Tomsk offers a daily menu of clean needles and condoms to help stop the spread of HIV.  (Oliver O’Hanlon/The Global Fund)