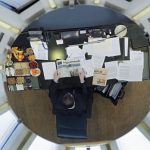 Russian prosecutors have opened an investigation into independent TV channel Dozhd after an official request from a United Russia deputy, pertaining specifically to accusations that foreign funding may be behind their Kremlin-critical broadcasts.  On the topic of alleged foreign interference, Kathy Lally traces Putin’s unceasing use of anti-American rhetoric as an electoral ploy.  Is the sudden crackdown on media to do with Vladimir Voronin – who is ‘more of a steamroller’ in his relations with the press than predecessor Vladislav Surkov? Brian Whitmore thinks so.  Reuters offers a profile of Voronin, the mysterious political strategist who now runs Putin’s election campaign with a reign of fear.  The Moscow Times has an interview with Mikhail Prokhorov which poses the eternal question – is he a credible independent candidate or just a Kremlin puppet?

Moscow has lambasted an ‘unbalanced’ European parliament resolution which has called on the Russian authorities to ‘continue to investigate comprehensively and transparently all reports of fraud and intimidation’ in the election period.  Ria-Novosti reports that two women who refused to oversee vote-rigging in the December elections have complained of harassment by the authorities.   A new report suggests that Medvedev’s proposed reforms to the electoral system may be attenuated after a review in the Duma.  Voting in the elections has apparently already begun for residents of remote regions: so reindeer herders, lighthouse operators and Arctic researchers have already cast their ballots.

Moscow’s City Hall has rejected a request by the opposition to hold a rally on February 26.  Apparently more than 800 workers from the Urals region of Sverdlovsk will be transported to Moscow for a pro-Putin rally next Thursday.  Following what many believe to be a politically-motivated expulsion, French writer and journalist Anne Nivat will be allowed to return to Russia, the head of the Federal Migration Service has announced.  RFE/RL reports on a new political satire in Moscow, based on a play by Italian Nobel Laureate Dario Fo, whose central protagonist is a monstrous hybrid of Putin and Berlusconi.  The former has extended his sporting repertoire with a well-publicized bob sled ride.

Following a spate of teen suicides, the most recent of which occurred yesterday, social network Vkontakte has closed down a number of groups dedicated to suicide-related topics.  Russia has voted against the Syria resolution in the UN General Assembly on the basis that it is an alarming attempt to ‘impose a political settlement formula from the outside’.

PHOTO: Billionaire presidential candidate Mikhail Prokhorov working in his palatial Tverskoi Bulvar office as seen in a reflection on the mirror above his desk. (Igor Tabakov/MT)