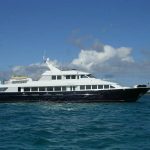 At the crest of the political protests, a number of moves were introduced by the Kremlin with the ostensible aim of appeasing the discontented masses.  Among them, gestures to improve the democratic process, such as the new bill restoring gubernatorial elections, which has just been passed.  There was also the liberalization of party registration which became law at the beginning of April.  Both tactics have been criticized by the opposition.  The new gubernatorial elections are set to work with a presidential filter, to which opposition candidates will likely fall victim.  Regarding party registration, opponents claim that the chaotic creation of disparate nano-parties will only dilute the opposition cause, in what Brian Whitmore has astutely dubbed a system of ‘managed chaos’.

One other reform, introduced by Putin at the start of February, which has not, as of yet, been subject to that much scrutiny is the luxury tax, designed to tackle ‘vanity’ spending and quell widespread frustration about the chasm between the rich and the poor.  Bloomberg’s Leonid Bershidsky today highlights the fact that the government has also managed to dampen down this gesture by a somewhat liberal definition of the parameters of luxury:

The additional tax would fall on real estate worth more than 300 million rubles ($10 million), and on cars with engines yielding more than 300 horsepower. This will not go a long way toward alleviating a situation in which the income of the top 10 percent of the nation’s population exceeds that of the bottom 10 percent by a factor of 16.

“This is a proposal that makes sure no one will actually pay luxury tax,” moderate leftist legislator Oxana Dmitrieva told the daily Izvestia. Blogger odissey_77 pointed out that a Porsche Panamera would escape the extra taxation because it yielded exactly 300 horsepower, and that a house near Moscow, complete with tennis court, wine cellar, grottoed swimming pool and enclosure for peacocks would not be subject to the tax since it only sold for $8 million.

“If the owner of these things can consider himself a member of the middle class, what about the 99 percent of Russia’s population who do not even have one hundredth of this wealth? What class do they belong to?” the blogger asked.