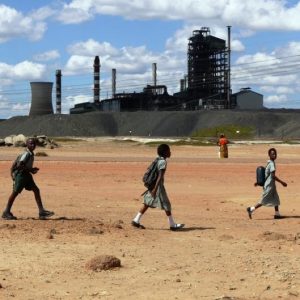 The 2011 election of President Michael Sata and the Patriotic Front (PF) government in Zambia turned out to be one of the most negative events for foreign investors in the country. Not only did the Sata government expropriate properties, re-nationalise assets, and rack up debt and inflation – they also sought to tighten control over the mining sector when they began to run out of cash, revising both royalties and value-added tax rules.

But Sata’s death in London on October 28 has done very little to calm the business environment. With no clear successor and an unstable party structure, the fight for power within the ruling party and among opposition contenders has shaken the country to the core. The upcoming snap election on January 20 may make things even worse, depending on who wins.

Following the passage of a new budget yesterday by Zambia’s parliament, royalties on open-pit mine revenue have been raised from 6% to a whopping 20%, replacing corporate tax. As raw mineral exports make up more than 70% of Zambia’s export earnings, the tax structures around mining have always been a delicate balancing act between citizens earning their fair share of the national wealth while also respecting the long-term sustainability the large capital investments required by foreign mining operators.

Judging by the reactions so far, this new royalty hike is by all measures unsustainable – a measure sought by a cash-hungry ruling party with an expensive new campaign pay for.

“This may not be the smart thing to do,” said World Bank country director Kundhavi Kadiresan. “We would have liked the royalty rates they had before, along with the income tax rates they had before. It was a good combination. (…) I hope government also starts thinking about it seriously because it has implications in terms of jobs and government’s own revenues.”

We didn’t have to wait long to see the repercussions. Today, Barrick Gold announced that they would be suspending operations at the Lumwana open pit – potentially resulting the lay off of 4,000 workers.

“The introduction of this royalty has left us with no choice,” said Kelvin Dushnisky of Barrick. “The economics of an operation such as Lumwana cannot support a 20 percent gross royalty, particularly in the current copper price environment.”

The president of First Quantum Minerals Clive Newall echoed Dushnisky’s statement, telling Reuters that the new royalty rate would be a “massive disincentive” for future investment if it does not come with some form of capital relief.

The incoherence in Zambia’s mining policies pre-dates the death of Sata as well as the 2015 budget. Last summer, FQM announced that it was going to be forced to withhold some $1 billion of new investments because of more than $150 million VAT repayments owed by the govenrment (in total, the Zambian government owes mining companies more than $600 million).

“There’s a pervading atmosphere which creates a bit of uncertainty. Certainty is absolutely the critical thing that’s required if we’re going to look at any form of investment,” an FQM representative told the media in June.

The reason why the Zambian government has failed to repay the mines and have jacked up royalty rates? They don’t have the money after three years of widespread mis-governance, corruption, growing debt, and one of the worst performing currencies on the continent. Zambia under the rule of the current government has become a litmus test case of political risk – weakening institutions, weak property rights, and unpredictable policy changes. The current leadership does not understand how to achieve the right balance between taxation and encouragement of foreign investment, and considering the current slump in commodity prices, the smarter move would be to work with the mining companies to ensure that operations continue, rather than to squeeze for short term cash gains.

Mining investors will be watching the upcoming elections very closely in Zambia to see if a more business friendly government will come forward, but keep in mind, when Sata and the PF swept into power in 2011, many people thought that they would work out, too.