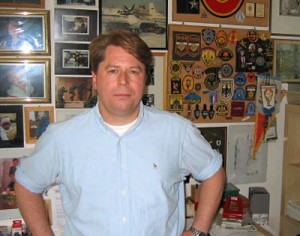 When you want to abuse the judicial process, the telephone is an ideal tool.  Rather than leaving behind personal witnesses to a meeting or the paper trail of written correspondence, the telephone is unusually discreet – especially when your instructions result in officers of the court behaving against the law.

It’s a common practice in today’s Russia, where during the various stages of the two trails against Mikhail Khodorkovsky, “telephone justice” became a regular occurrence, not mention the many other cases in which the legal process was skewed by a simple call from the Kremlin.

According to the author Alena Ledeneva, telephone justice dates back to Soviet times.  “For outsiders, the term telefonnoe pravo does not mean much, even when translated as ‘telephone justice,'” she writes.  “It is a metaphor that describes the phenomenon by what it is not – it refers to an unfair overruling of legal procedures as “justice”. It would be more accurate, perhaps, to translate this phrase as “telephone injustice” or “telephone overrule” but then it would lose its irony.”

But what’s interesting is that “telefonnoe pravo” is no longer just contained to Russia’s broken legal system – instead it leaks out to other countries where rule of law is thought to be firm and sound.  When I spoke by telephone with the German businessman Franz Sedelmayer today, I learned this is what he says is happening in his own case in Sweden.

As many of our readers may recall, we interviewed Mr. Sedelmayer at length on February 1, discussing his experience in challenging Russia’s sovereign immunity in his effort to recoup damages lost from what has been determined as an unlawful expropriation of his property in St. Petersburg.  One of the biggest victories achieved by Sedelmayer was a Swedish Supreme Court decision which ruled to attach several assets to his arbitration, including the auction of a large building in Stockholm – a building which served as the former USSR Trade Mission.  The Swedish Supreme Court decided that because Russia was using the property for both commercial and sovereign purposes, they could no longer claim the asset under immunity.

However, as the process moved forward to auction the building this week, Mr. Sedelmayer’s offices were informed that the process had been halted by the court bailiff (known as the Kronofogden in Sweden).  After contacting the bailiff’s office, Sedelmayer was told auction had been halted because of a personal telephone call made by Judge Kerstin Calissendorf ordering that the auction be put on hold, despite having no legal basis to do so (Judge Calissendorf sits on the same court which approved the auction).

So what is going on here?  It turns out that Judge Calissendorf is married to Axel Calissendorf, a senior partner at the Roschier law firm, who as it happens represents the Russian Federation in this case against Mr. Sedelmayer.  I do not have enough information at this point to make any sort of comment on this situation, but at a glance, it would seem highly irregular and a likely conflict of interest for a Swedish Supreme Court judge to be involved in the case of a spouse without conflict of interest.

Nevertheless, below is a leaked copy of the letter sent on behalf of Mr. Sedelmayer to Judge Calissendorf asking for answers.

Unfortunately I do not understand or speak the Swedish. Because of the urgency of the matter I communicate in English and have attached a Swedish copy of earlier communications with the Kronofogden.

I am shocked to learn that the Kronofogden is seriously considering to stop execution proceedings (public auction) against a sovereign debtor, the Russian Federation. The Kronofogden was assuring us during a telephone conversation today that he is considering this option only because you, Judge Calissendorf, have personally communicated to the Kronofogden that he should “stop the auction and thus the compulsory execution for reasons of sovereign immunity!”
We also have found some evidence in the Kronofogden’s file to that effect!

We got a little wary about this whole affair because we have obtained a Supreme Court judgment and also a judgment by the Svea Hovrät stating the exact opposite of what you have instructed the Kronofogden to do; or better said, not to do!

It is not unreasonable to believe that you are well aware of Sedelmayer vs. Russia, a case going in Sweden since 1996.

When checking how come a particular Supreme Court Judge, who has not even been participating in the original proceedings, is now so actively involved in undoing the practical steps deriving from her peers ruling to allow a creditor to auction off the sovereign debtor’s real estate located in Kostern 5, Lidingö, we had to discover that:  You are actually married to the senior partner of the Roschier law firm, representing the sovereign debtor against the creditor!!

Even after making the Kronofogden aware of this, the Kronofogden until today has contuinued to try to abide by your instructions and has put in place a committee to see how to best accomodate your wishes!

Excuse me for saying this, but I am outraged, to say the very least!

You, a renowned Supreme Court Justice, a member of a court I hold in the highest esteem, as I also envy Sweden for its impartial courts, has entangled herself in a direct conflict of interest, resulting in the suspicion of misusing her public office for a person she is related to and on behalf of a foreign state unwilling to pay one’s debts.

I am very sorry, but this is not acceptable for me or any law abidging person trusting in a state court justice system, be in Sweden or anywhere else in world.

I herewith ask you:

-To inform all parties concerned officially that you have a conflct of interest here.
-To please let me know at your very earliest convinience how, of all judges serving in the Supreme Court, exactly you came to instruct the Kronofogden to stop the execution. Unfortunately not all information to that effect was properly recorded by the Kronofogden.
-To withdraw your instructions to the Kronofogden based for the undeniable reason you cannot possibly act impartial by forwarding the interests identical to the debtor and your own husband.

Having been around for a while, and having been exposed to various situations, even involving the personal safety of my family and myself, and knowing the capabilities of the sovereign debtor and its absolute neglect for the observance of human rights, I always found it best to come forward and be direct by letting all those persons know when they serve questionable interests while holding public office, here in the judiciary, and are not observing proper conduct and obligations under law.

I trust that you will remember who you are and act accordingly! I await your answer and remain,

P.S.: Prior communications with the Kronofogden. The translation into Swedish is attached FYI. See below:

Your “Idea” to Cancel the Execution Proceedings; by Ordering to Permanently Stop the Public Auction of the Debtor’s Real Estate Assets in Lidingö, Kostern 5.

My counsel informed me that you actually play with the idea to permanently stop the public auction of the debtor’s real estate by reasoning that an auction would or could not result in enough funds to make the auction worthwhile for the creditor and that a winning bidder might not gain access to the facilities!

Let me assure you that there is absolutely no reason, neither founded in law nor in logic, to even entertain such a thought process on the side of the Kronofogden, whose role it is to act proper and impartial at all times.

And here is why:

1. Creditor (Franz J. Sedelmayer) will bid in this public auction.

2. Creditor shall of course purchase the debtor’s real estate assets, especially in the unlikely case no other bidder would come forward. (Which Kronofogden cannot possibly assume!)

3. Creditor does always place bids in all the auctions that regard the assets of this debtor and has done so in half a dozen auctions, i.e. in Germany in Cologne and our experience since 2008 shows that other bidders always participated resulting in very high bids.

4. The debtor has played the same illegal games in Germany, Cologne, but always has placed the highest winning bid through and by Russian Federation instrumentalities and state owned enterprises, when the debtor realized the auction will take place. Thus, the winning bid at times were doubled compared to the prices stated in the official court ordered appraisals.

6. Clearly at the public auction the Kronofogden will disclose all potential problems to the bidders (.i.e. limited access because of debtor’s claims of sovereign and diplomatic immunity, etc.). The bidders will consequently can make an educated decision, if and for how much to place their respective bids. That is exactly what was done in all German public auctions in Cologne by the court agency carrying through the public auction!

7. The debtor obviously tries to accessorize the Kronofogden to obstruct justice and to stop the execution process permitted by Sweden’s Supreme Court and other Swedish courts; all judgments are final, by excerting pressure on Kronofogden by third parties. (As the debtor had already tried in Germany; of course without success!)

So you see, your reasons given to my counsel two days ago to possibly stop the auction are obsolete and without legal and practical merits.

My counsel has duly informed you yesterday by telephone about our position in this affair and we fully expect that the Kronofogden will act impartial as prescribed by Swedish law. Creditor opposes all intentions by Kronofogden to stop the public auction and insists the Kronofogden will and must handle this public auction by the letter of the law, without observing undue influence by third parties, especially by the government and other Swedish officials for reasons of political expediency and all judiciary personnel that is connected to the debtor!!

Furthermore, after noticing unacceptable neglect by the Kronofogden in keeping creditor informed in real time , creditor herewith demands that the Kronofogden will inform creditor’s counsel immediately, and for each and every occasion, whenever any party (i.e. debtor, Swedish courts, Swedish officials and/or the Swedish government, etc.) will communicate with the Kronofogden or vice versa, at the very time such communications take place. Also, I demand that the creditor’s counsel is informed before any meeting will take place regarding this matter, as creditor reserves his right to participate in such meeting(s) through and by creditor’s counsel. It cannot be that third parties, including the Kronofogden’s superior is holding secret and undisclosed meetings with the Swedish government in a civil matter concerning the interests of the creditor.

Creditor is also rather surprised the Kronofogden communicates with and seeks advice from a Supreme Court Justice related by marriage to the Senior partner of the very law firm representing the debtor in this public auction matter. Creditor also noticed this this justice had nothing to do with our case, except of course having a direct conflict of interest! I dare say this not only completely unacceptable, but presents a classical conflict of interest and thus a clear violation of Swedish law and the rules ethics and conduct all judicial personnel is subject to in Sweden.

Creditor would also point out to you, as happened already in the German execution proceedings before, that the appraisal and the public auction can take place without physically entering the facilities concerned, if, as you have stated, the debtor denies physical access to Kostern 5.

Having said all this, creditor expects that will the Kronofogden will now follow through with ordering the appraisal and scheduling the public auction at your earliest convenience!