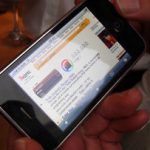 Over the past ten days a number of internet leaks have made headlines in Russia: first there was the text message debacle in which 8,000 private text messages from network Megafon became available to the Yandex search engine.  Whilst the content of most of the text messages may have been relatively unscintillating, the same going for (most of) the receipts of online shoppers whose transactions also appeared on Yandex, the news yesterday that two hundred documents issued by Russia’s Federal Antimonopoly Service, the Audit Chamber, the Economic Development Ministry and other Russian governmental agencies were apparently made available on Google, although vociferously denied, is more intriguing.  The latest development has prompted observers to suggest that the hemorraging of information may not be an accident.  Suggesting, as is often the case, that the Internet is the kind of vehicle that authoritarian regimes have much to fear from, where information is readily available to any number of Assange style techno-activists.  Meanwhile an article in the Telegraph suggests that the Kremlin has its own army of techno-savvy spin merchants:

A Russian region that was the site of one of the world’s worst nuclear disasters and called the most polluted place on earth by American scientists has embarked on a search engine optimisation campaign to improve its image.
Authorities in the irradiated region of Chelyabinsk have announced that they will pay the equivalent of £8,000 in order to try to alter the region’s “online footprint” so that people looking for information on Chelyabinsk on the internet read “positive or neutral evaluations of the ecological situation” there.

Though the region and the town of the same name do not technically figure in a list of the ten most polluted places in the world anymore, the situation remains dire.

The region’s Mayak nuclear plant, which is still operational, suffered at least three serious accidents in the Soviet era irradiating a huge swath of the region’s 33,900 square miles and an estimated half a million people. Many of the area’s rivers and lakes remain choked with nuclear waste, and many of its inhabitants have claimed to have contracted cancer and radiation-related sicknesses as a result of its appalling nuclear legacy.

Yet the local authorities say they believe its ecological problems are exaggerated and say they are determined to clean up its image in order to attract more investment. In a tender document posted on the internet, the authorities said they specifically wanted software developers to help them clean up search results for their region on Google and a Russian-language search engine called Yandex.

Among the searches they said concerned them the most were “radiation in Chelyabinsk” and “the dirtiest city on the planet.” “The content of negative material (generated by the searches) must not be greater than 20 per cent,” the authorities stipulated. Known in the business as ‘search engine optimisation,’ the process they want to harness involves software experts using online tricks and techniques to “optimise” (or some say manipulate) search engine results. A spokesman for the region said she thought foreign competitors to Chelyabinsk’s nuclear reprocessing plant had been paying environmentalists to blacken the region’s name by exaggerating its problems.