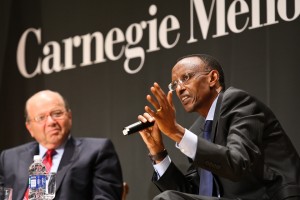 Rwanda has been getting a lot of attention lately, but not the good kind. With the possible appointment of Susan Rice to replace Hilary Clinton as US Secretary of State, many media outlets are digging up one of the more embarrassing moments in recent history, as the Western world stood idle while a genocide unfolded in this small Central African nation. In addition, the recent siege of Goma by the M23 rebels has attracted a certain level of suspicion over Rwanda’s motives in the region, while others have defended its stance on the conflict.

But leaving these two angles aside for the moment, all this coverage has ignored a more interesting story: that the Rwandan government has actually implemented ideas that work, resulting in a small economic miracle.  Should other African governments pay attention?

Having moved beyond the horror of the 1994 genocide, even if the West has not, this nation of 10-million is experiencing fast growth based on tourism and services despite a near total absence of mineral wealth. Averaging above 8% GDP growth for the past five years, more than one million Rwandans have been lifted out of poverty, according to the Rwanda Household Living Conditions Survey.

Unlike some other African nations who have struggled despite enormous mining exports and oil production, Rwanda’s business and service sectors account for two-thirds of GDP, having replaced agriculture. Tourism is a key part of the service sector, and multinationals are beginning to pay attention. Recently it was announced that Hotel giant firm Marriott is building one of its first three hotels in sub-Saharan Africa, with a 5-star, 250-room hotel in Kigali.

Marriott is eager to cash in on the promise of booming services, transportation, and logistics industries in the country, where thanks to strong education programs put in place by the government, foreign investors enjoy a particularly vibrant talent pool of recent graduates and experienced workers.

Rwanda has had more success than others in translating its economic growth toward solving social issues. The country has recorded a significant boost in the health sector where infant mortality dropped from 86 per 1000 live births in 2005 to 50 per 1000 live births in 2011. The strides made in the health sector have also spread to the use of contraceptives in a country with a very high population density, providing an improved public safety net against the threat of infectious diseases.

Infrastructure has been improving quickly. Households on the electricity grid have jumped from 91,000 in 2006 to 215,000 in 2011, according to government statistics.

Access to education improved sharply with primary school completion rates for 2011 reaching 79 percent for boys and 82 percent for girls, much higher than the overall targets of 59 percent and 58 percent respectively, while participation in secondary level education doubled from 2006 to 2011.

Instead of absorbing more and more donor aid without any visible improvement, Rwanda is actually taking less and less.
In 1995, donor accounted for 100% of the state budget, while today it is less than 40%.

The country is also trying to make some inroad in the technology sector, as Carnegie Mellon University has already opened a computer science training institute in Kigali, where ambitious young Rwandese gather to push forward an African innovation hub. The idea is that the university will be able to attract the brightest and most promising students and help build and support the nation’s IT sector to study in their own countries.

Rwanda is described by many experts as the most well connected country in Africa, boasting the fastest internet speeds on the continent. Thanks to this advantage, the government landed a crucial foreign investor with Visa, which launched a partnership with the state to develop a cashless economy.

Undoubtedly, many challenges remain for the political development of the country. The opposition complains of unfair treatment, while the authorities are often accused of meddling in the neighboring conflicts in the Congo, where untold wealths of diamond, gold, copper, and cobalt deposits are attracting many potential suitors from across the region and beyond, who are all positioning to be part of the opportunity.

But judging strictly by the social and economic progress achieved in the past decade, something is going right in Kigali, and that’s no small feat.