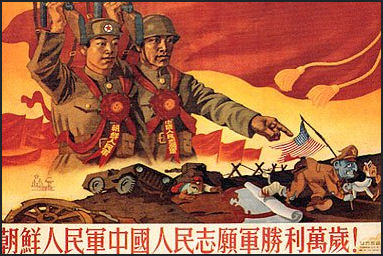 Russia is often accused, and not without reason, of portraying itself as a besieged fortress, fostering a distrust among citizens of the bad intentions of other nations, requiring a strong guiding hand from a less-than-democratic state to protect them.

But following a string of foreign policy failures and diplomatic bungles, Washington is indulging in similar delusions of persecution.

In a recent opinion article published in The New York Times titled “A New Anti-American Axis?,” Leslie H. Gelb of the Council on Foreign Relations and Dimitri K. Simes of The National Interest put forward the argument that the failure of the United States to achieve its desired international outcomes, from Syria to Snowden, are to be blamed in part on an increasing level of cooperation between Beijing and Moscow.

The authors write, “Russia and China appear to have decided that, to better advance their own interests, they need to knock Washington down a peg or two. (…) both countries are seeking greater diplomatic clout that they apparently reckon they can acquire only by constraining the United States.”

Although the argument is much more nuanced that the headline would suggest, given the resumes of the authors we can take this as an indication of beltway thinking on the relations between Russia and China. It’s a real pity, not just because it is based on flawed assumptions, but because when you start blaming external factors for every failure, improvement is hard to come by. Victimhood is not compatible with accountability, and the administration of President Barack Obama appears to lack awareness that some events are consequences of U.S. actions, not the designs of your perceived opponents.

Both Gelb and Simes are seasoned geopolitical observers, so it is surprising to see them gloss over the domestic factors driving Chinese and Russian foreign policy. The apparent “show of strength” taking place on the international stage is barely masking the tremendous interior instability both countries are facing, making foreign policy more reactive than proactive.

Vladimir Putin’s increasingly frayed legitimacy is woven out of corruption, show trials of opposition figures like Alexei Navalny, and the flight of Russia’s best and brightest, such as the distinguished economist Sergei Guriev. They even convicted Magnitsky, years after his death, which is hardly a show of strength. The Chinese are subsumed with the management of deeply challenging internal problems, namely the balance between the much needed reform of the CPC and continuing structural changes in the financial sector to maintain economic growth. Furthermore, China’s attention is occupied with regional issues, such as defusing the Senkaku/Diaoyu islands dispute with Japan and other territorial disputes, while Russia has failed to advance any of its integration projects with neighbors. In both countries the centralization of power is less than what it seems, with individual officials, ministries, and provincial governments making up their own policies and sometimes acting in conflict with the central authority.

The fact that whistleblower Edward Snowden flew first to Hong Kong and then to Moscow, where he hasn’t exactly had the warmest welcome, does not mean that Russia and China form an “axis” of influence, and neither does their coincidental position on Syria. It can be argued that the two governments instead have reacted to the recent experience of an unpredictable international system.

Historically, China and Russia’s friendship has been skin-deep at best, and distrustfully hostile at worst. Through the Shanghai Cooperation Organization, they have advanced to begin holding joint military exercises, and appear to converging on an old, Soviet-style “non-intervention” standard that conflicts with the U.S. interpretation of the U.N. doctrine of Right to Protect (R2P).

While although R2P represents a tremendously important doctrine that is needed to guide future international humanitarian actions, the interpretation of it by the United States in 2011 in the case of Libya has damaged its credibility, namely in that there was a failure to distinguish the ambiguity of protecting citizens from the outcome of regime change, and a failure to judge whether a post-Gaddafi Libya would be any safer for the people. Obviously, both Russia and China are not thrilled to see al-Qaeda now in possession of anti-aircraft missiles supplied during the war, and neither should Washington.

To view international affairs through the Cold War looking glass does little to bring us closer to the series of misjudgments and errors committed by the U.S. government in recent years, while constantly seeking an explanation of “why they hate us” rests of the presumptions that our good intentions are perceived by any sensible party. Instead Beijing and Moscow, rightly or wrongly, have seen from their perspective vast abuses of spying powers even against close allies, unleashing of cyber warfare like Stuxnet, and the instrumentalisation of humanitarian legal principles as a highly flexible instrument for the intervention in any conflict at any time.

We should not discard something as important as R2P, and I’m certainly careful to make any conclusions about the disaster that Libya has become, but when we begin to look at the diplomatic failures the U.S. is suffering on urgent issues like Syria and Snowden, it is wrong to assume that a new “axis” is banging up against us, rather than the other way around.

The ability of the United States to successfully influence other nations has much to do with its perceived competence in terms of solving complex international problems, and unfortunately, this competence has not been present in recent years.

It’s true that as members of the U.N. Security Council with growing economies, China and Russia are going to continue to act with some level of coordination. This is happening not as a result of a strong alliance, but rather a combination of domestic weaknesses and a perception that the U.S. is no longer able to competently navigate complex geopolitical problems such as political Islam. And considering that political Islam is a much greater existential challenge to China and Russia than it is to the United States, their behavior is not necessarily irrational or inherently anti-American.