The Independent Scientist – An Endangered Species? 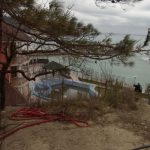 Environmentalists have a notoriously hard time of it in Russia, and this past week has been no exception. Yesterday the Washington Post’s Will Englund reported on the struggles of two scientists and environmental activists, Suren Gazaryan and Yevgeny Vitishko, a zoologist and member of the Russian Academy of Sciences and geologist respectively.  The pair, along with other members of the Ecological Watch of the Northern Caucasus, have fought tirelessly for the protection of a national forest in the Krasnodar region, part of which has been cleared to build a luxury dacha for the regional governor, Alexander Tkachev.  Earlier this month, they were charged with hooliganism after they allegedly defaced part of a fence surrounding the compound.  Today, it was reported that Gazaryan and his lawyer, Viktor Dutlov, were arrested when attempting to take photos of the property. Which provides evidence of, if nothing else, the notion that ecological protection has, once again, been trampled on by political and economic interests – a familiar story for those living near Lake Baikal or the Khimki Forest.

That the treatment of these scientists is an affront to the expression of civil liberties and represents a gross disregard for the fate of Russia’s ecology is undeniable.  But the systematic oppression of researchers in the scientific field, once the pride of Russian universities, is a much deeper trend, and spells much broader problems for the country, argues this article from Nature.com:

Russian scientists of all ages — not just those who have come of age since the fall of the Soviet Union — are sincerely inclined towards liberal democracy and open intellectual discourse. They believe that scientific systems based on peer-reviewed grant applications, although fiercely competitive, are preferable to any form of prescribed knowledge production. But an influential class of old-school academicians and science administrators would rather return to communist secret practices than accept the norms and standards of what they see as Western science. Peer review? Project evaluation? Perish the thought.

It is mostly the latter group — together with Russia’s omnipresent Federal Security Service, formerly run by Putin — that has created the stifling bureaucracy and perplexing jungle of regulations and restrictions that many aspiring Russian scientists, let alone their foreign collaborators, have learned to hate. The travel and security restrictions that some Russian physicists are currently protesting against are just the most recent example of the harassment to which the apparatchiks subject scientists (see Nature http://dx.doi.org/10.1038/nature.2012.9921; 2012). Worse, favouritism and corruption pervade science and higher education — there is bribery from the lowest levels, with students paying teachers in exchange for passing exams, to the highest.