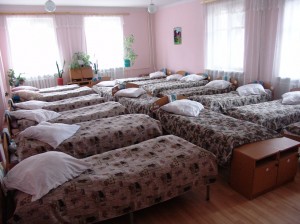 While you and your loved ones were celebrating Christmas this holiday season, or getting ready for to ring in the New Year, Vladimir Putin has been busy at work continuing to surprise even the cynics with some very sad legislation banning the adoption of Russian orphans by U.S. parents.

When the Duma bill first appeared as a tit-for-tat reaction to the passage of the Magnitsky Act by the U.S. Senate, most people didn’t think much of it, believing that it would be something to talk about and use as a media vehicle to take some shots at the sponsors of the bill, but ultimately would be scrapped (like many other symbolic Duma bills, such as pulling out of the Council of Europe in order to pressure the ECHR not to rule against them).  But then Putin held his annual marathon press conference, and in response to repeated questions about the possibly scandalous implications of the adoption bill, he raised no red flags … ergo, the green light was flashed from the top of the power vertical, and the Duma took out its rubber stamp.

According to UNICEF stats cited by the Associated Press, there are about 740,000 children without parental custody in Russia, while more than 60,000 Russian children have been adopted by U.S. parents in the past 20 years.  While the number of adoptions by U.S. parents is not the highest, they do tend to account for many of the special needs adoptions, the kinds of orphans which are particularly difficult to find homes for.

Many people were quite saddened and surprised.  Journalist Masha Gessen described the expectation that the bill wouldn’t be passed as “a stubborn desire to hope for the best even in the worst of times.”  But today the Federation Council has approved the adoption ban bill and put it on the desk on Mr. Putin for passage into law.

Although this translation below is slightly outdated by these developments, I still think that Matvey Ganopolsky’s column published on the Echo Moskvy website is worth a read, as it highlights the recurring problem of the Duma passing legislation in violation of the Constitution, which although in Russia may seem like an insignificant conflict given the absence of a functioning judiciary, it still poses questions to the sustainability of the balance of power going forward in the structures of the Russian government.

A crime in progress (by Matvey Ganopolsky)

I want everyone to realize what is currently happening.

The Duma, which first worked on fighting taboos and the tightening of everything judged to be in violation of the Constitution, now finds that it can accept an amendment banning adoptions of Russian children by Americans.

For the past year, the Duma has been very close to violating the Constitution, but it needed the approval of its “guarantor”, i.e. the President, in order to break the law.

I will remind you that under the Constitution, Article 17, paragraph 2, “The basic rights and liberties of the human being shall be inalienable and shall belong to everyone from birth.”

Article 18: “The rights and liberties of man and citizen shall have direct effect. They shall determine the meaning, content and application of the laws, and the activities of the legislative and executive branches and local self-government, and shall be secured by the judiciary.”

Article 19.2:   “The state shall guarantee the equality of rights and liberties regardless of sex, race, nationality, language, origin, property or employment status, residence, attitude to religion, convictions, membership of public associations or any other circumstance. Any restrictions of the rights of citizens on social, racial, national, linguistic or religious grounds shall be forbidden.”

Article 27.1:  “Everyone who is lawfully staying on the territory of the Russian Federation shall have the right to freedom of movement and to choose the place to stay and reside.”

Article 38.1:  “Motherhood and childhood, and the family shall be under state protection.”

Article 45.1:  “State protection for human rights and liberties in the Russian Federation shall be guaranteed.”

Article 45.2:  “Everyone shall have the right to defend his or her rights and liberties by any means not prohibited by the law.”

The Constitution guarantees all of these rights. However, its constitutional body, the Duma, blinded with the thirst of revenge to America, is going to violate the rights of the most vulnerable Russian citizens – orphaned children.

According to Duma’s decision, they will be deprived of the constitutional and human right for a possible better future. According to the Duma’s decree, according to its whim, according to a political solution of the country’s vindictive leadership, one particular country – the United States – will be banned from adoption of the children – particularly – vulnerable and unprotected citizens. The United States, whose citizens adopt the largest number of sick Russian children.

In my opinion, there is no excuse for such a breach of the law; and whatever the authorities say is a lie. In order to protect the rights of the Russian child in the U.S., there is no need to close the country for all children – one just needs to file a lawsuit in a U.S. court if Russia does not agree with the court ruling on bad parents. Yes, bad parents or criminal parents exist in the U.S., but for such situations, Russia and the US signed an agreement on cooperation in this field on November 1.

Not having an opportunity to “take revenge” in any other way for the “Magnitsky Act”, Russia sacrifices its own people.

Russia takes its own orphans hostage and uses them as a cover for Russian thieves and criminals, for a reminder that Russian criminals stole $230 million and that the U.S. was unwilling to accept these criminals.

Is it possible for this to happen in a country with a constitutional court and a children’s ombudsman?

As it turns out, it is possible.

Politically motivated crime against Russian children and the Constitution will be made available in front of us in the coming days.

Unfortunately, our society does not have any mechanisms and human rights institutions to prevent this crime.

We can only hope that each of us is aware of the crime that is happening and everyone will individually raise one’s voice against criminal lawmakers, who despise children of their own country.

And there is a hope that the politicians who voted for this criminal law, which deprives children of happy future, will themselves be added to the Magnitsky list.