The Magnistky Act and the Impact on U.S.-Russia Relations 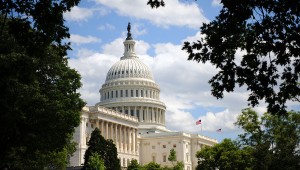 For those among us who have played any role in advocating for human rights in Vladimir Putin’s Russia, we’ve have had very little to celebrate in the past decade.  However this week’s passage by the U.S. Senate of the PNTR / Magnitsky Act is being hailed as a historical precedent while at the same time being derided by the usual suspects as a relic of imperial hubris.

While I’m proud for the family of Sergei Magnitsky and the many other victims of mistreatment and abuse in Russian prisons (such as Vasily Alexanyan of Yukos), I’m taken aback by the public displays of rancor among Russian officials.

To hear it from the nationalist set, you would be led to believe that the passage of the Magnitsky Act were akin to the Cuba missile crisis, bringing Russia and the United States toward the brink of cataclysmic confrontation.  I don’t think so.

There’s no doubting the hostility.  The twitter feed of the Russian Foreign Ministry was smoldering with messages such as “This biased approach is nothing but a vindictive desire to counter Russia in world affairs,” while Sergei Lavrov himself made a bit of reach by calling it something from the “theatre of the absurd.”  But I was kind of hoping for another 15-paragraph opus that the Ministry has become known for…

Others are pitching the Magnitsky as an attack on Russia’s sovereignty.

“The US positions itself as a country of freedom. And yet, the American leadership is itself infringing upon the freedom of citizens of another country,” Maxim Rudnev, a member of the Young Guard, said in a statement quoted by The Guardian. “It’s worth asking: is the United States deserving of hosting the Statue of Liberty?”

It’s only a little embarrassing to hear Lavrov’s tit-for-tat threat that Moscow will bar any American from entering Russia that it considers a violator of human rights (someone tell Rumsfeld to cancel that ski trip package to Chechnya!), but what will be more interesting will be to see how the consequences Russia is promising will manifest themselves in the bilateral relationship.

My perspective is that for all the fire and brimstone, U.S.-Russia relations will not suffer any tectonic shift as a result of the Magnitsky Act, or at least the deterioration of ties would be happening regardless whether or the law was passed or voted down.  When Lavrov promises that this new law will “adversely affect the prospects of bilateral co-operation,” there may in fact be a few short-term symbolic gestures (walking out of meetings, expulsion of diplomats, etc.) but relatively few long-term existential changes to the relationship.

To talk about the Magnitsky Act as though it were such a bad idea “provoke Moscow with confrontational policies” incorrectly implies that the U.S. had something to lose in the relationship.

Across all the spheres of bilateral cooperation, the U.S.-Russia relationship has been stagnant for the better part of a decade, reduced only to the most common sense mutual interest areas, such as global security, anti-terrorism and anti-narcotics, anti-proliferation, and arms treaties.  The most dramatic retaliation possible would be for Russia to block access to the NATO supply route for operations in Afghanistan (as they threatened to do last July).  Pakistan, for example, has closed the southern supply route in response to a dispute with Washington.  However Russia is unlikely to disrupt NATO operations at the current juncture, given that any destabilisation in the Central Asian basin would land right on their doorstep, reluctantly creating a mutual interest with Washington in maintaining operations.

The same goes for anti-proliferation of nuclear weapons and arms treaties.  In exchange for Obama’s agreement to abandon the missile defense sites in Poland and the Czech Republic (Obama would later just move it to Romania), New START was signed in April 2010 and just entered into force in February 2011, limiting both countries to 1,550 operationally deployed nuclear weapons.  It is in Russia’s interest to keep on engaging with the United States on these programs.  The idea of re-entering an arms race would upset Putin’s plans to modernize the Russian military and could pose significant fiscal strain on the state.

Russia’s displeasure will be expressed in economic terms – already they are preparing to halt all imports of U.S. beef and pork (similar punitive trade embargoes have been placed against Poland and Georgia in the past, with the result of driving up already high food prices on Russian citizens).

There are at least three reasons why passage of the Magnitsky Act won’t dramatically change the relationship.  Firstly, it should not have come as any surprise whatsoever that the law passed with such bipartisan force.  This has been in the works for several years, and Moscow has been expecting it as a reality for quite some time.  Their strategy to block the legislation was profoundly misconceived, focusing solely (and successfully) on the executive instead of the legislature, and formulating their main narrative around the idea that the Magnitsky would be “confrontational” and “counter-productive” while at the same time doing nothing and saying nothing about the actual horrible injustice and human rights crimes that the entire affair is based upon.  They could have bought time by making a show of investigating the officials, or at least advancing some sort of positive new cooperative bilateral project (especially during the Obama campaign!) that could later be used as counter-leverage to yank more senators to the no vote.

Secondly, I do not believe that things are going to change overnight because the United States has only a vague idea of how to enforce and deploy the Act in practice.  As pointed out by State Department when they were attempting to torpedo the proposal of attaching the Magnitsky Act to the PNTR and Jackson-Vanik repeal, they already maintain a visa blacklist of certain Russian officials who are unable to enter the country, while the freezing and suspensions of bank accounts is currently without a clear statutory mechanism.  This isn’t something that is going to take off right away, and exists much more as an ideological concept than a functioning law, but of course that could change when it gets tested.

And lastly, I think the Russian anger over the bill is a little bit of a bluff in that they chose this path years ago with ascension to the World Trade Organization.  Jackson-Vanik, a horrible, horrible outdated piece of legislation which I have long argued should be repealed, is finally gone, and Russia has finally got Permanent Normal Trade Partner status – isn’t that the buried lede to this story?  Further, the current volume of trade between the United States and Russia is so low that they can afford to put up this kind of political theatre, whereas if Germany were to enact a serious bill like this, then we would see some fireworks.

What is clear is that the Magnitsky Act has already pressed all the right buttons, striking with precision right at the core of what Putin worries about most:  his money, his assets, and his ability to retire outside of Russian jurisdiction.  If the Power Vertical has functioned up until now not by rules but by arbitrary orders, each and every bureaucrat is going to have to hesitate before following a superior’s instructions to break the law, and think about whether or not it will be worth the future risk.

Further, it was the right thing to do.  The narrative being spun by all the Russia hands focuses on the Russia’s reaction rather than their past conduct and inaction to fix it.  They never want to talk about actually fixing the system that produced such horrific torture of a political prisoner like Sergei Magnitsky, and continues to claim victims, from Pussy Riot to Leonid Razvozzhayev to the mysterious death of whistleblower Alexander Perepilichny.  This system was not going to just change on its own, and the suggestion that applying targeted visa sanctions against just a few dozen filthy rich, corrupt criminal officials would make things somehow worse is laughable.

The Russian leadership is evidently humiliated by this bill, and is eagerly looking for leverage.  Aleksey Pushkov, the head of the Duma’s International Affairs Committee, may have found that leverage in his extended comments about just how loosely Russia might feel to interpret “human rights abuse” – including the targeting of visas of prominent American businessmen.  When Rex Tillerson gets to spend 8 hours in a Domodedovo holding cell, I have the feeling he’s going to have some lawmakers on speed dial.