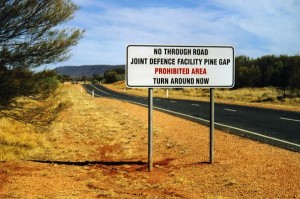 Last night’s cover story in the New York Times regarding Edward Snowden’s latest leak highlights a lingering concern for many in the legal community.

According to a top-secret document released by Snowden, the NSA – via their Five Eyes partner, the Australian Signals Directorate – spied on a U.S. law firm representing Indonesia in a trade dispute with the United States.  The law firm was not named in the document, however Mayer Brown of Chicago was advising Indonesia at the time.

The Australians warned an NSA liaison office that the monitoring of these talks may include “information covered by attorney-client privilege,” but the U.S. insisted that the spying continue nonetheless.

Truthfully, the fact that attorney-client privilege was violated by U.S. spy agencies should not come as a surprise – there are currently very weak protections regarding the communications of lawyers, while the law appears to place the responsibility on the intelligence agencies not to share the confidential information with prosecutors – however monitored communications under privilege can still be used for intelligence.  Still, under the law, the NSA is not supposed to be spying on U.S. citizens or business, such as a well regarded Chicago-based law firm – but that’s where Five Eyes comes in:

The N.S.A. is prohibited from targeting Americans, including businesses, law firms and other organizations based in the United States, for surveillance without warrants, and intelligence officials have repeatedly said the N.S.A. does not use the spy services of its partners in the so-called Five Eyes alliance — Australia, Britain, Canada and New Zealand — to skirt the law.

In other words, the authorities are once again caught in an embarrassing lie.

The fact that the Australian Signals Directorate was used by the NSA in an act of economic espionage raises concerns with other Five Eyes members, including New Zealand, where I represent the entrepreneur Kim Dotcom.  Recently, following Dotcom’s announcement of plans to form a political party, Prime Minister John Key’s National Party has been slinging as much mud as they can find to disparage the new party, including highly detailed accusations regarding the number of visits made by other politicians to Dotcom’s Coatesville home.  Now, of course, it has already been proven in the past that the NZ government illegally used the GCSB to spy on Dotcom (along with numerous other Kiwi citizens), but did the GCSB inform John Key of who visits the Dotcom mansion?  That was the accusation thrown his way this week, but Key has rapidly backed down and vigorously denied using spy agencies against his political opponents, saying that he obtained the information from a blogger known to be owned and operated by National.

Of course, this still doesn’t answer questions of how intelligence is collected and then leaked for motives other than national security. As a member of Dotcom’s multinational legal team, we have to assume that our privilege is being violated by the authorities – and given these sorts of revelations – we can’t be certain if confidential communications are even shared with third parties, such as the Motion Picture Association of America (MPAA), whom we believe has sponsored the absurd case against Dotcom.

As the New York Times notes, beyond issues of terrorism and national security, the Snowden leaks have shown that the NSA “routinely spies on trade negotiations, communications of economic officials in other countries and even foreign corporations,” and at times has shared this intelligence with civilian agencies.

What is especially interesting for the U.S. context is that this latest leak provides an opportunity for the Supreme Court to revisit a crucial ruling on electronic surveillance law in Clapper vs. Amnesty International USA.  Just last year, the Supreme Court voted 5-4 to knock down the challenge to the FISA Amendments Act of 2008 (FAA) which grants the government wide-ranging powers to conduct warrantless wiretapping overseas.

According to a post over on Legal Times, last month, the Center for Constitutional Reform filed a second petition for the court to revisit the decision, and this latest leak may provide the impetus.

“We have always been confident that our communications—including privileged attorney-client phone calls—were being unlawfully monitored by the NSA, but Edward Snowden’s revelations of a massive, indiscriminate NSA spying program changes the picture,” said CCR Senior Attorney Shayana Kadidal in a statement last month, as quoted by Legal Times. “Federal courts have dismissed surveillance cases, including ours, based on criteria established before Snowden’s documents proved that such concerns are obviously well-founded.”