The Politics of Justice in Africa 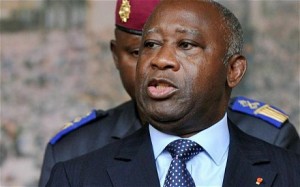 The relations the International Criminal Court (ICC) enjoys with states in Africa are testy. Already, the African Union has called on its member states not to cooperate with the ICC’s prosecutor regarding the case of President Omar al-Bashir of Sudan. African leaders are openly defying the Court by offering hospitality to President Bashir, despite the indictment that has been brought against him.

By recently electing Uhuru Kenyatta as their president, Kenyans have rallied behind him in opposition to the Court. The ICC should therefore watch its step in order not to lose its legitimacy in Africa. The proceedings brought against the former Ivorian president, Laurent Gbagbo, who is currently standing trial in The Hague, charged with crimes against humanity, will serve as a test case in this regard.

When Gbagbo was still being detained in Côte d’Ivoire, prior to being transferred to The Hague, he suffered ill-treatment at the hands of his guards. Such a breach of fundamental rights should normally have led to termination of proceedings against him, but the Court proved unwilling to go down that road. The Court made it clear that since it had no responsibility for his detention in Côte d’Ivoire, such violations of Gbagbo’s rights could not be attributed to it.

This position is difficult to maintain, since the prosecutor at that stage was already cooperating with the Ivorian authorities to secure his transfer to the ICC. The ill-treatment to which Gbagbo was subjected, resulted in a deterioration of his health. According to medical experts hired by the Court, Gbagbo suffers from posttraumatic stress disorder, which would render him unfit to stand trial. But again the Court did not regard this as a valid reason to discontinue the proceedings.

This raises the question why the Court is so eager to push for a trial, and some will undoubtedly assume that politics plays a part. This is hardly surprising, as President Gbagbo is well-known for standing his ground in relation to Western powers, in particular Europe and the USA, which has earned him credit among his supporters and leaders in the region.

Read more in the New African.