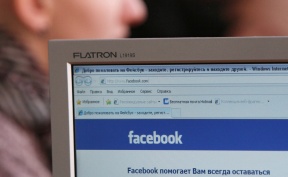 Many articles this week have noted the advent of cyber-politics in Russia.   Just prior to election day we saw reports emerge of news portals crashing as the authorities ostensibly attempted to assert control of the unwieldy information vector that is the Internet.  The latest in is that the Kremlin is attempting to shut down social networking site VKontakte, which has provided a locus for dissenting voices, a sign of just how acutely the government views the threat from these platforms.   RFE/RL  has a particularly good overview of how social media have proved indispensable for the burgeoning protest movement:

Ilya Klishin, a Moscow-based journalist and blogger, listed the “Saturday Revolution Square” opposition protest taking place on December 10 on Facebook after returning on December 6 from this week’s second protest, where over 500 people were arrested.

By late on December 7, more than 25,000 people had used social-media sites to indicate that they will attend the rally on December 10. City authorities have denied reports that they will close Revolution Square in an attempt to stop them.

Klishin says that “clearly falsified election results” had propelled Russia’s burgeoning Internet out of its apathy and seen it come of age.

“In some districts of Moscow, United Russia took 90 percent. That’s obvious falsification — there’s no way that could’ve happened,” Klishin says. “People are worried about this and are personally insulted. Perhaps this was just the last straw before their patience snapped.”

In a sign the grassroots protest movement is snowballing online, the protests are being organized in spite of the jailing of key opposition figures such as celebrity blogging activist Aleksei Navalny and Solidarity movement leader Ilya Yashin.

During the polls for the State Duma on December 4, the Russian Internet, used by over 43 million people, was inundated with dozens of videos claiming to capture electoral violations, ranging from “carousel voting” where United Russia supporters were caught voting as many as 40 times, as well as ballot stuffing.

President Dmitry Medvedev has been dismissive of the online election complaints.
President Dmitry Medvedev, who has styled himself as a tech-savvy part-time blogger, on December 6 played down the videos. He said: “I’ve watched some clips, people are putting them up…. You can’t see anything going on. They shout ‘guards!’, ‘disgrace!’…. Although of course, we’ll have to investigate violations.”

But Aleksandr Morozov, a blogger on politics, says these videos have played a role in bringing people from behind their computers onto the streets.

“Social networks have played an enormous role in demonstrating just how the elections took place. If we didn’t have social networks, we wouldn’t have heard about the sheer quantity of violations,” Morozov says. “Thanks to social networks, election observers for the first time were able to speak widely about the violations and disgraces that they saw at polling stations.”