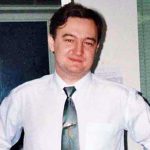 It has been reported this afternoon that the Investigative Committee has charged two former prison doctors in connection with the death of Sergei Magnitsky, the Hermitage Capital lawyer who died in pretrial detention in 2009, after being denied treatment for pancreatitis.  Since Magnitsky’s death a barrage of criticism has been launched against the Kremlin for its failure to investigate the death of the corruption-fighting lawyer, who claimed to have discovered a $230 million tax fraud case that involved high-ranking officials.

Some will greet the news of the arrests as a positive step forward, hot on the heels of the Russian Human Rights Council’s report on the affair, published ten days ago, which concluded that Magnitsky may have been beaten to death.  The report’s apparent acknowledgement of official wrongdoing in the matter has been hailed by Hermitage Capital as an admission of guilt.

More resounding however, may be the cries of piecemeal solution.  Bringing to justice those who involved in the murders of any inconvenient truthtellers has proved incontestably difficult in Russia.  Just this week we saw the colleagues of slain activist Natalya Estemirova complain that official channels of investigation had consistently failed to identify those who were ultimately responsible for her death.

The New York Times offers some details on those held in the Magnitsky case:

Ms. Litvinova faces charges of causing death through professional negligence, which could bring a sentence of up to five years in prison, and Mr. Kratov of negligence leading to involuntary manslaughter, which could result in house arrest or imprisonment of up to three years.

Additional people may still be charged in connection with Mr. Magnitsky’s death, said a statement by the Investigative Committee, Russia’s top investigative body.

In a report released a few weeks after Mr. Magnitsky’s death, the Public Oversight Commission leaned heavily on an interview with Dr. Litvinova. She told them that the day before Mr. Magnitsky’s death he was vomiting every three hours, his stomach was swollen and “it was necessary to push for an examination — I thought he had a chronic disease.”

Valery V. Borshchev, the commission’s head, said Ms. Litvinova made it clear to commission members that she was trying to win investigators’ approval to get treatment for Mr. Magnitsky.

“At that point, she was not being accused,” he said. “She could have been silent. She was not being charged. Now that it is a question of criminal responsibility, she will not be quiet. At least this is what I am hoping.”