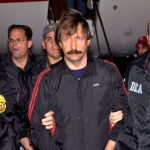 Of the many articles covering the verdict on Viktor Bout, which emerged today to the great consternation of Russia, one from the Guardian features some interesting details about the man who Moscow has (to the detriment of relations with the US) tried strenuously to protect.  Doubtless more details will follow.  They may reveal just how closely the former military translator, whose deals are believed to have facilitated some of the most brutal regimes in Africa and the Middle East, was and is tied to the powers that be:

“We’ve seen some useful snapshots of the way he operated,” said Alex Vines, a former UN arms investigator and a research director at Chatham House. Vines added: “Certainly the grey areas of his involvement with the Russian government and arms industry are becoming clearer.”

Earlier this month, official Russian displeasure about the case was made clear in a letter from the duma, the country’s national parliament, to US district judge Shira Scheindlin, who oversaw the trial. The Russian deputies urged Scheindlin to ensure an impartial trial, describing Bout as an “exemplary family man” and warning that the case’s outcome could affect the ongoing diplomatic “reset” of relations between the US and Russia.

Much of the prosecution’s case was provided by witnesses who targeted Bout from afar — US narcotics agents and the undercover informants who lured the Russian to his sting arrest in Bangkok in March 2008. But Smulian, who has known and worked with Bout since the late 1990s and displayed an insider’s knowledge of Bout’s private realm and the illicit arms trade, provided a close-up portrait as the government’s main witness.