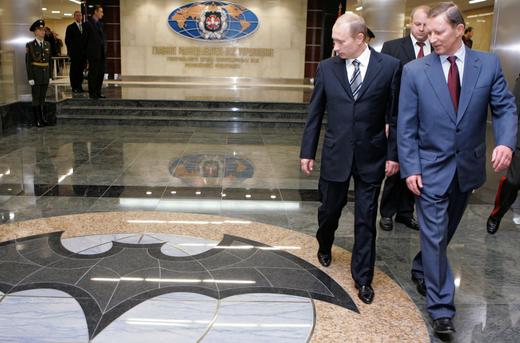 In addition to its initial accusations that Russia’s military intelligence service was behind four major “reckless and indiscriminate” cyberattacks, targeting WADA, the US Democratic National Committee, an airport and metro station in Kiev, and a UK television station, the UK is claiming that Russian cyber intelligence tried to hack its Foreign Office; and the Dutch security service is claiming that Russian agents targeted the offices of the Organisation for the Prohibition of Chemical Weapons in the Netherlands, just weeks after the nerve agent attack on former spy Sergei Skripal. The UK says Russia has become a “pariah state”; the US says Moscow must be punished for its actions; and NATO said it would beef up its cyber-defence to combat Russia’s “reckless” behaviour. Russian Foreign Ministry spokeswoman Maria Zakharova dismissed all of the allegations as “a diabolical perfume cocktail”, and the head of the Federation Council says the allegations are “an episode in a massive campaign” designed to justify hostile actions against Russia. Deputy Foreign Minister Sergei Ryabkov says the West is “deliberately inciting tensions in relations between nuclear powers”. Top European Union officials expressed concern regarding the OPCW cyberattack which, it says, “undermine[s] international law”. Several sources (including Bloomberg and the New York Times) have expressed surprise at Russia’s “sloppy” and “bungled” operations, speculating that it has been their plan to get caught all along. Russia made its own claims against the US yesterday, accusing it of developing a chemical and biological weapons programme along its border with Georgia.

Russia’s sovereign US dollar bonds crashed following the West’s allegations of cyber-hacking. VTB head Andrei Kostin says Russia will expand the use of the ruble in its international trades but that it would be impossible to ban US dollars (“this is utopia”). The Economist reports on Sweden’s efforts to pre-empt and disable a Russian territory grab. “We are realising that Crimea was not a passing storm, but climate change,” says the director of the Swedish Defence Association. A US army general says Russia’s deployment of its S-300 missile defence system in Syria amounts to a needless escalation.

Imprisoned Ukrainian filmmaker Oleh Sentsov has ended his hunger strike after almost five months. A defence lawyer for an anti-corruption protester was beaten during police detention in Krasnodar, says Human Rights Watch. Thousands gathered to demonstrate in Ingushetia to protest a deal over its administrative boundary with Chechnya. Sergei Koltyrin is the second gulag historian to be accused of pedophilia in as many years.