Departures Podcast with Adeeb Khalid, author of ‘Central Asia: A New History From The Imperial Conquests To The Present’ 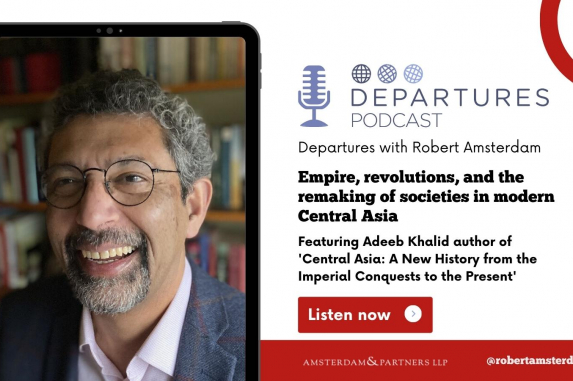 Often dismissed as the edge of the Russian or Chinese empires, Central Asia hosts a complex history that informs on present day atrocities including the Russian invasion in Ukraine, and the Uyghur concentration camps in China. It is through these current events that Central Asia has become one of the most important geopolitical regions in […]

Departures Podcast with Joby Warrick, author of ‘Red Line: The Unraveling of Syria and America’s Race to Destroy the Most Dangerous Arsenal in the World’ 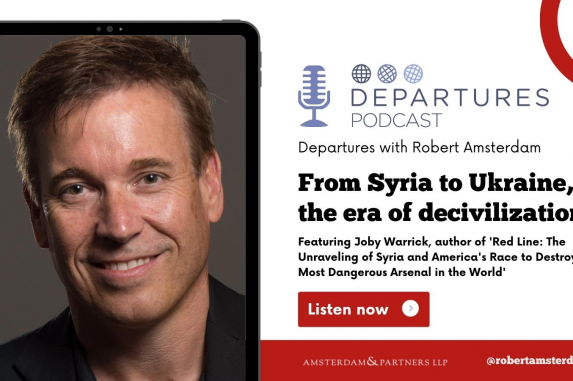 Before Russia invaded Ukraine, it intervened in Syria in 2015 to shore up the beleaguered regime of their ally, Bashar al-Assad. How did this experience inform upon Vladimir Putin’s catastrophic decision to invade and attempt regime change of the democratically elected government in Kyiv? This week’s episode of Departures features Joby Warrick, a Pulitzer Prize-winning […]

Departures Podcast: From the frontlines of Kyiv with Ilya Ponomarev, Dispatch #2 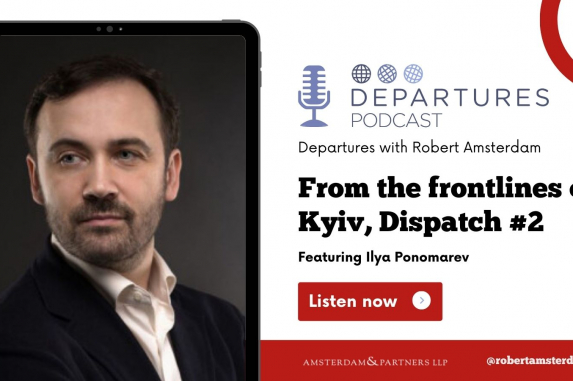 We last checked in with former Russian lawmaker Ilya Ponomarev about a month ago, as the Russian military began its invasion of Ukraine. Now, with things looking much different and many things not going to plan, we check back in for Dispatch #2 from inside Ukraine. Ponomarev, who was forced into self-exile from Russia following […]

Departures Podcast with Ilya Ponomarev: From the Frontlines of Kyiv 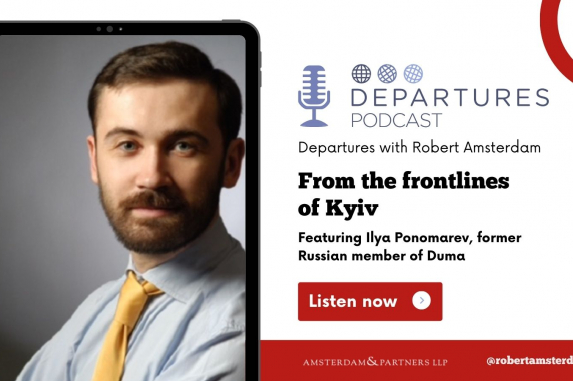 Ilya Ponomarev is one man who knows the costs of crossing Vladimir Putin. In 2014, he was the only member of the Russian Duma who voted against the annexation of Crimea, and then was forced into political exile, eventually becoming an entrepreneur in Kyiv, Ukraine. Tonight, as Russian tanks began entering the outer neighborhoods of […]

Departures Podcast with Mark Galeotti, author of ‘The Weaponisation of Everything’ 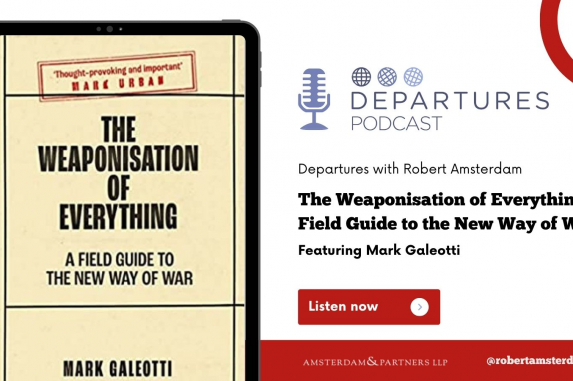 As tensions continue to rage between Russia and the West over its build-up on the Ukrainian border, Departures turns to expert Mark Galeotti for his analysis on the situation and a discussion of his brand new book, “The Weaponisation of Everything: A Field Guide to the New Way of War.” Galeotti, who has spent years […] 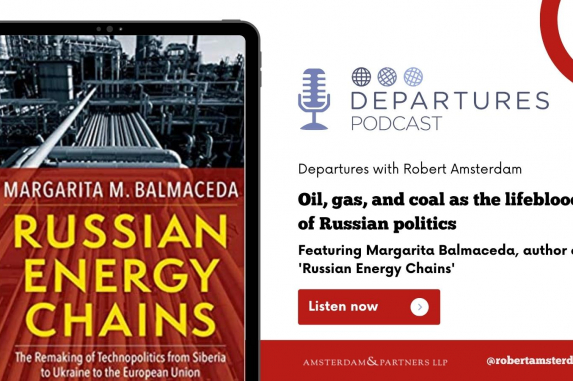 Throughout the most recent intensifying conflict between Russia and the West over Ukraine, there is a common assumption that the Russian leadership is wielding its “energy weapon” to break apart European unity and advance its interests. While that may be partly true, it would be a huge mistake to assume that such a vast industrial […] 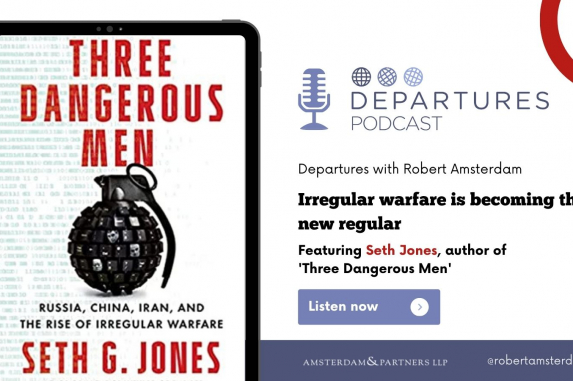 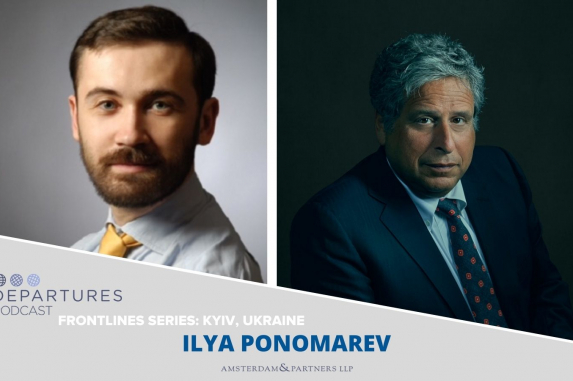 The saber-rattling from Moscow over Ukraine has grown deafening in recent weeks. Hours before we recorded this episode, Vladimir Putin appeared on television threatening “retaliatory military-technical” measures while amassing some 175,000 troops on the border of Ukraine, asserting that Russia “has every right” to invade and start a war. Evelyn Farkas, a former Obama administration […] 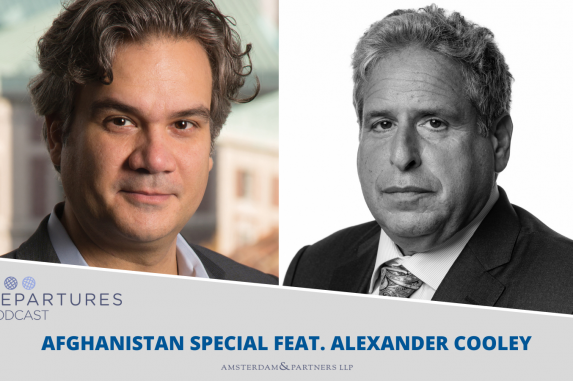 The rapid collapse of Kabul in the final weeks of the US withdrawal has forced a reckoning of not only Washington’s failure in the region but broader questions about US foreign policy and what the Biden administration wants (or is actually able) to achieve. This week Departures with Robert Amsterdam is pleased to welcome a […]

Departures Podcast with John Lough, author of ‘Germany’s Russia Problem: The Struggle for Balance in Europe’ 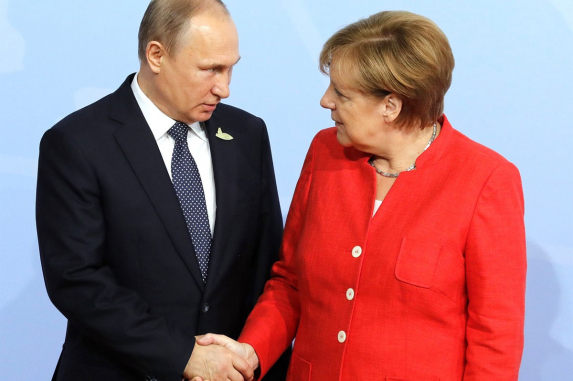 In power since 2005, Angela Merkel’s CDU coalition has managed to govern Germany with an admirable level of success, but at the same time during this period, Vladimir Putin’s Russia has invaded multiple countries, interfered in elections both near and far away, and run amok with jailings and assassinations of dissidents. How is it possible […]