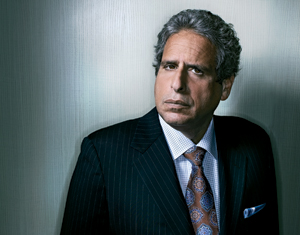 The US magazine American Lawyer has published a new profile feature of Robert Amsterdam, with a focus on some of the bigger cases tackled by Amsterdam & Peroff LLP in recent years, including Thailand, Russia, Venezuela, Guatemala, and Nigeria.

In Russia, his work for Khodorkovsky has inspired him to blog on every subject from pipeline politics to the persecution of lawyers. At least one traditional diplomat thinks he has played a constructive, even heroic role. “Bob is a major force in helping Russian society become more accountable,” says Andrew Wood, who served as U.K. ambassador to Russia in the late 1990s. “The word that best describes Bob is courage, both moral and actual. He raises questions that are not always welcome, and that is often the proper business of a lawyer.”

Amsterdam & Peroff is as global as a boutique can be with three partners in four countries (Peroff works out of Toronto, Andrew Durkovic out of Washington, D.C., and Amsterdam out of London and the south of France). At any given time, its seven London asso­ciates might be traveling in any of 30 nations. With revenues between $5 and $10 million, Amsterdam & Peroff says it has been wooed in vain by several giant law firms, which the partners prefer not to identify. Peroff recalls: “One managing partner pulled out an organizational chart and said, ‘I want to do business, but I don’t know what box you fit in.’ What could we say when our whole life is dedicated to not being put in a box?”

Amsterdam & Peroff is attractive to some major law firms because it has represented China in the World Trade Organization, and it does plenty of work for classic foreign investors like the American hotelier Four Seasons Holdings Inc., the British miner Oxus Gold plc, and the Gibraltar-based defense contractor Mina Corp., which is fighting to keep its lucrative contract to supply jet fuel in Kyrgyzstan for U.S. missions into Afghanistan. In servicing clients like these, the firm has honed highly coveted skills in investor-state arbitration, which has become the go-to technique for investors in a jam.

But at Amsterdam & Peroff, arbitration is only one tool in the kit. “Lawyers make a fetish of investment treaties,” argues Amsterdam. “Their obsession with arbitration obscures the important role of national law and political culture in the genesis of business disputes. Our approach is to immerse ourselves in the political context.” Amsterdam’s Kindle is loaded with titles on power politics in Asia, Africa, and Latin America, subjects he regards as more important than bilateral investment treaties.