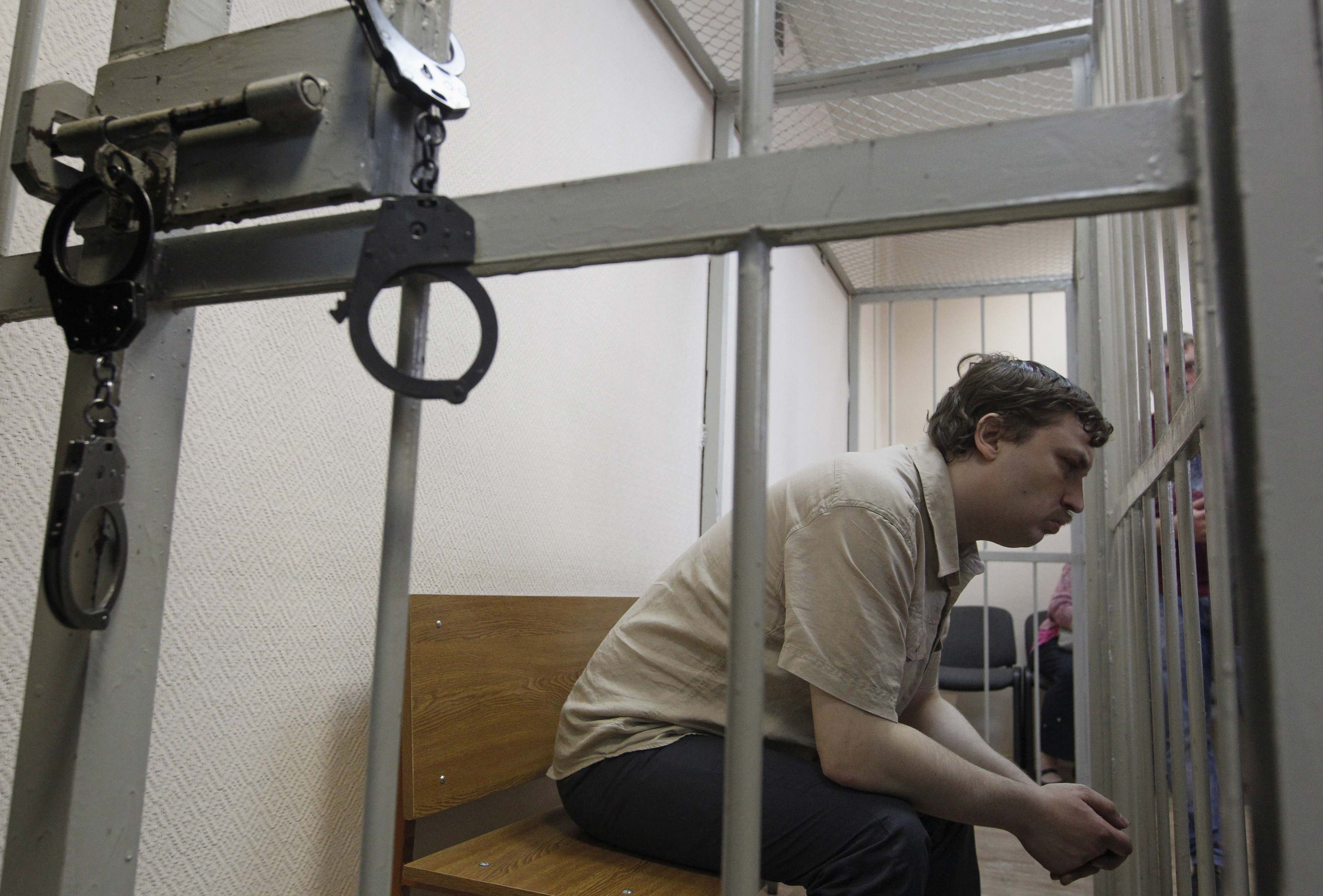 Despite video footage and testimonials indicating that he was not part of the violence at the Bolotnaya Square clashes last year, Mikhail Kosenko has been sentenced to indefinite forced psychiatric treatment. Kosenko had been diagnosed with a mental illness back in 2003 following a head injury, but in his final statement to the court he said he was of sound mental state.  According to a Levada Centre poll, ‘55 per cent of Russians who knew about the Bolotnaya case viewed it as an attempt to intimidate opposition sympathisers.’  A court in Murmansk rejected bail appeals for two of the Greenpeace activists currently being held in detention, as Georgy Bovt ponders the political implications of the case.  The BBC visits the Prirazlomnaya oil rig that was the target of the activists.  The Greenpeace and Kosenko cases send a loud anti-protest message, says the Washington Post.  Sweden has ‘caved’ to pressure from Russia regarding the safe transit of William Browder – an enemy of Russia mainly for seeking justice for his former employee, Sergei Magnitsky.  Sweden says it cannot issue Browder a promise of safe passage, prompting the WSJ to accuse it of ‘act[ing] as Mr. Putin’s cat’s paw’.

President Vladimir Putin said he and U.S. Secretary of State John Kerry are in agreement on how to eliminate chemical weapons in Syria.  Ties with the Netherlands, Lithuania, and Ukraine all appear to be worsening.  Putin demanded an apology from the Dutch government over the detention of a Russian diplomat for alleged domestic abuse; a Lithuanian television channel is demanding an apology from a Russian counterpart for broadcasting supposedly inaccurate information about the 1991 clashes in Vilnius, whilst officials trade insults about the current ban on Lithuanian dairy imports; and Putin has hinted that Ukraine will lose its natural gas discount if it forges further ties with the European Union.  Oleg Deripaska considers the benefits of Russia’s now year-old accession to the World Trade Organisation: ‘Anyone who expected the WTO to suddenly plug the gaps in Russia’s growth story will have been both unrealistic and disappointed.’

Alexei Navalny has accused Russian Railways head Vladimir Yakunin of hypocrisy, alleging that his children and grandchildren live in luxury homes in the countries that Yakunin regularly slanders. ‘We did not expect such self-sacrifice even from the most patriotic patriot,’ Navalny said.  Lawyers for jailed Pussy Riot protester Nadezhda Tolokonnikova have appealed to the Federal Chamber of Lawyers for protection of their rights after being denied visits to their client on what they see as dubious grounds.  ‘Russia is a reverse-China.’

PHOTO: Mikhail Kosenko sits inside a defendants’ cage during a court hearing in Moscow May 29, 2013. REUTERS/Maxim Shemetov