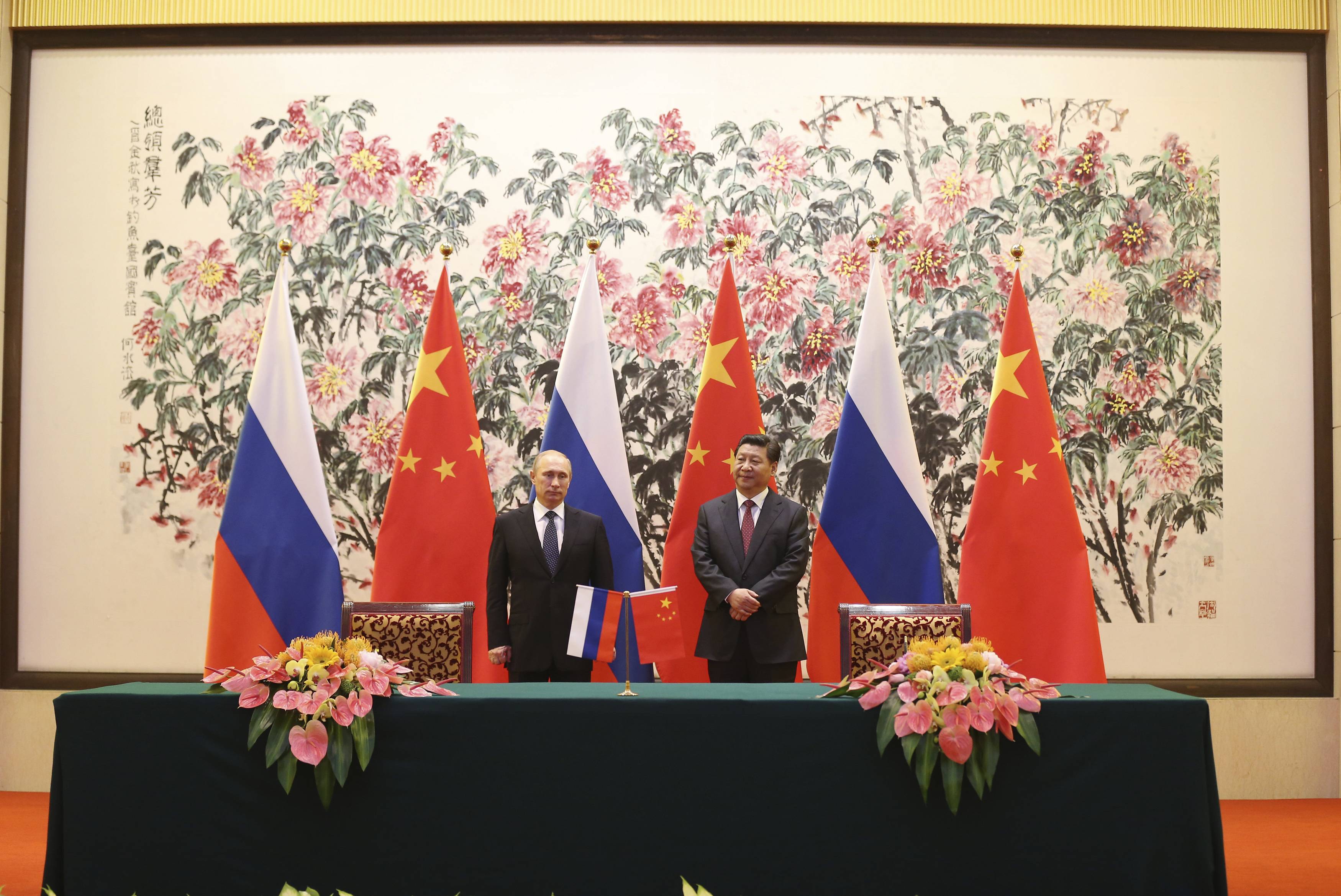 Speaking at a celebration of the 25th anniversary of the fall of the Berlin Wall, former Soviet leader Mikhail Gorbachev says ‘the world is on the brink of a new Cold War’, blaming the ‘euphoria and triumphalism’ of Western leaders and defending Putin’s Valdai Club speech last month.  He also suggested that the West should lift its economic sanctions against Russia ‘which are damaging both sides’.  His host, German Chancellor Angela Merkel, conversely offered a message of support to those fighting for freedom and human rights in Ukraine.  A new report by the European Leadership Network supports Gorbachev’s theory, recording a series of ‘highly-disturbing’ close military encounters between Russia and the West since the Ukrainian crisis began – on a level equal with the Cold War.  Russia and the U.S. have agreed to exchange information about the situation on the Russia-Ukraine border, according to Secretary of State John Kerry.  Two months into the current ‘ceasefire’, heavy shelling continued in eastern Ukraine over the weekend, with Donetsk seeing ‘the heaviest shelling in a month’.

President Vladimir Putin and Japanese Prime Minister Shinzo Abe vowed at a summit to repair ties damaged by the Ukraine crisis and improve relations more generally; Abe said that Putin’s knowledge of judo ‘is a big plus for further development’.  China and Russia have signed a second major energy deal, providing China with a fifth of the natural gas supplies it will need over the next decade, assisting Russia with its plan to diversify its market. Part of their deal will involve construction of a second major route for gas delivery.  Putin says that cooperation between the two countries ‘is extremely important for keeping the world in line with the international law’.  Putin’s view of international reality ‘exists only on Russian television,’ says Vladimir Frolov.

The National Welfare Fund might be used as a basis for funding commercial bank operations, thereby increasing loans to Russian firms currently under sanctions.  St. Petersburg lawmaker Vitaly Milonov will seek the annulment of a local marriage between two women.