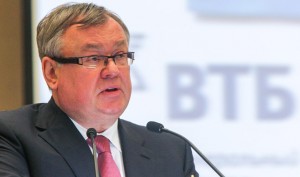 With U.S. Vice-President Joe Biden due to land in Kiev today, Russia’s Foreign Ministry has warned Washington against any attempts to supply arms to Ukraine.  Some lawmakers have adopted a harsher tone, with Alexey Pushkov, the head of the Russian State Duma committee for international affairs proposing a ‘Nobel War Prize’ for President Barack Obama.  The UN’s human rights watchdog has found that nearly 1,000 people have been killed during the Ukraine ‘ceasefire’ agreed at the start of September.  NATO jets have had to scramble 400 times this year in response to the increase in Russian air activity around Europe, of a scale not seen since the Cold War.  A report by the European Leadership Network has described the incidents as ‘a highly disturbing picture of violations of national airspace, emergency scrambles’ and ‘narrowly avoided mid-air collisions’.  Following the first visit by a Russian defence minister to Pakistan since 1969, Russia and Pakistan have signed their debut military cooperation agreement.  President Putin has used his meeting with the Security Council to lambast ‘illegal, uncontrolled migration’, ‘colour revolutions’ and ‘extremism’, which he sees as ‘a geopolitical instrument to rearrange spheres of influence’.  Foreign Minister Sergei Lavrov has announced that North Korea is willing to resume stalled international talks on its nuclear program.

As Ukrainian banks close on the Crimean peninsula with nothing to replace them, many savers are concerned about their financial future, says a Reuters special report.  The catchphrase ‘polite people’, used to describe Russian soldiers in Crimea has been patented by Voentorg, the Russian Defense Ministry’s official clothing and food supplier.  Two more Russian NGOs, the Regional Press Institute and the Memo.ru information agency have been added to the list of untrustworthy ‘foreign agents’.  ‘It is free but it follows orders’: Mikhail Gorbachev’s view of the press in Russia.  The parents of Matthew Shepard, who was murdered in a homophobic attack in Wyoming in 1998, are traveling to Russia today to combat ‘the mess’ Putin has made through his sustained assaults on gay rights.

Former Finance Minister Alexei Kudrin has warned the President that populist approaches will only serve to undermine the country’s economy.  Along with the bad news about buckwheat, prices of rice and pasta are expected to increase considerably this winter.  Forbes has published its list of the 25 highest-paid Russian top managers, with VTB’s Andrei Kostin in the lead (though Igor Sechin is notably absent.)  VTB has seen its third-quarter net profit fall 98% year-on-year and the bank’s losses due to risks associated with the Ukraine crisis in this period estimated at $244 million.  Its lengthy negotiations to acquire the fashion house of Italian designer Roberto Cavalli have reportedly come to nought.

PHOTO: VTB Bank head Andrei Kostin, who is according to Forbes the best paid manager in Russia in 2014, addressing the audience at a conference held by the state-owned financial giant. (Maxim Stulov/Vedomosti).