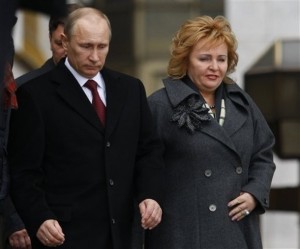 If it were possible for opinion polls to take the place of actual voting, Vladimir Putin would be a very happy man today.  Just a couple weeks ago Levada Center predicted a robust 62% of the vote, which, one would assume, would mean that the Prime Minister could confidently push through election day without stuffing ballots.  There is a well established literature on why polls don’t measure up to the democratic process (people don’t always tell the truth), which is only part of the reason why it is so disappointing to see the current leadership rely so heavily on polls over the technicalities of the election results.

Yes, Putin has sufficient support to win an election without committing fraud, so why then are we almost sure to see irregularities today?  Why are some opposition parties banned from registering and banished from the airwaves if, as we are told, they are laughably small and carry no public support?  Evidently, this is not a person with much tolerance for any level of uncertainty.

We are told by Putin’s supporters that we can tolerate these unlawful embarrassments because, at the end of the day, Levada says he would have won anyways.  The fact that we nevertheless still see fraud and manipulation speaks to the profound absence of trust in the system and the paranoia of the security service mentality that has infected the political process over the past decade.  Putin does not believe in his own legitimacy, and the reckless urgency with which he is taking back presidential powers speaks to the extent of his fears over future prosecution.

But if the vote is going to be massaged, it must be done carefully in order to avoid another massive outpouring of public discontent.  According to the economist Konstantin Sonin in the Moscow Times, If only 45 percent of the people vote for Putin and the authorities announce that he received 52 percent of the vote, the resulting protests will probably be relatively small. But if Putin receives only 35 percent to 40 percent of the vote but declares that he won 52 percent, the protests might be so large that the authorities would be forced to hold new elections.

“The worse-case scenario would be if Putin receives only 25 percent to 30 percent of the vote but declares himself the winner with 52 percent,” Sonin writes. “Given the current level of political activism, tens of millions of Russians — from ordinary citizens to senior state officials — would refuse to tolerate such blatant electoral fraud and Putin would find it impossible to govern the country. This could result in a serious political crisis on the same scale as what we saw during the Soviet collapse in 1991.”
We think such an outcome is quite unlikely, and, although there are already numerous reports of violations and complaints, we have not yet observed any organized response or indication that some sort of unprecedented rejection of the results is forthcoming.  It is still very interesting that the Kremlin was willing to risk it with such brazen stunts, like busing in thousands of youths to pack the vote in Moscow.
Some say that Putin has become a prisoner of his own system, arguing that it wasn’t so much of a choice to run for president again, but an obligation.  At the very least, it seems to be the only way he can guarantee his immunity.  There is no shortage of potential crimes that Putin could be tried for, from crimes against humanity in Chechnya to the wholly illegal theft of Yukos and other abuses of office.  But more than anything else, it is simple corruption that has him worried about immunity.
Putin is very experienced in the issues surrounding the protection of immunity, and he’s far from the first Russian politician to face a similar disincentive to leaving office.  Recall that his entire existence in politics relates to his role in protecting Anatoly Sobchak, the former mayor of St. Petersburg, from prosecution over corruption.  Putin performed this task with incredible loyalty, skill and dedication, so much so that he was plucked from relative obscurity to perform the same task for the Yeltsin family, where once again he was successful.  But who would play such a role for Putin?  In a system in which discretionary power is everything, where the courts don’t exercise a shred of independence and the legislature is entirely subsumed by one party, who can Putin trust to make sure he doesn’t end up in the dock?  To the moment such a person does not exist.

The president’s political survival over the short term is going to depend on the types of concessions that he will necessarily have to make to the opposition, including the restoration of direct elections of governors and the relaxing of party registration rules.  Of course, within these kinds of light reforms, the Kremlin will still be able to exercise influence, but the whole process becomes more infinitely more complicated, while at the same time the people becomes accustomed to being able to get something they want.  While nobody is predicting that Putin is going to face accountability tomorrow, the endgame for his removal from power is just now becoming visible.