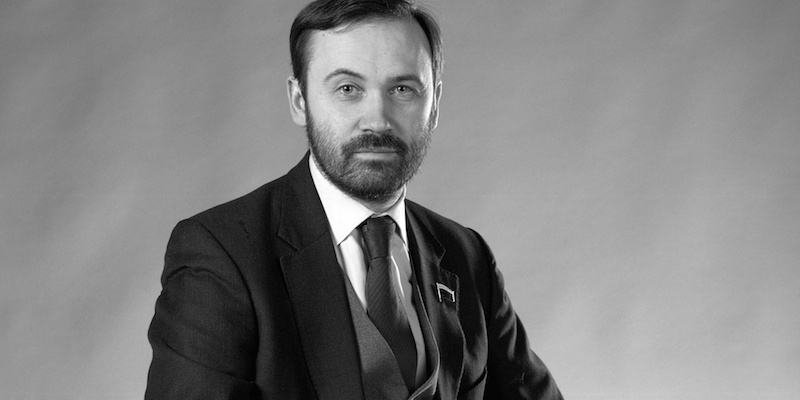 The Honorable Mr. Ponomarev has led a distinguished political career representing the constituents of Novosibirsk by introducing legislation with conscientiousness and fair deliberation despite the hostile, rubber-stamp environment of the Duma. He made history as the lone vote against the annexation of Crimea in a 445-1 decision. He has, however, also been forced to live in exile since August 2014, as the Russian authorities have pursued politically motivated, trumped-up charges against him, effectively preventing his return home.

International lawyer Robert Amsterdam, the founding partner of Amsterdam & Partners LLP, says that the criminal case brought against Mr. Ponomarev bears all the hallmarks of a political persecution and cannot be taken at face value by international institutions.

“The charge brought against the Honorable State Duma Deputy Ponomarev not only lacks merit, it is incoherent to the point that it is not even worthwhile to refer to it as a ‘legal case,’” said Amsterdam. “Having seen similar abuses of process by the Russian prosecutors in the past, our top priority at this point is to communicate the fundamental absence of grounds of any applicable laws before a number of international forums, such as Interpol.”

Ponomarev was named by top police officials in Russia as the key organizer of protests in Moscow in May 2012. His prosecution started in 2013, when he was first subjected to a frivolous civil claim relating to the alleged misappropriation of funds at the Skolkovo Foundation, a group set up to build an ambitious technology and innovation campus on the outskirts of Moscow. In 2014 he was named by Russian media a “national traitor” and a Kremlin-controlled NGO posted billboards with his face on streets of Moscow and Novosibirsk. Then, in early April 2015, the Duma voted 438-1 to strip Ponomarev’s immunity so that he would be prosecuted on criminal charges relating to the same case, despite the clear, established fact that he as a legislator never had any control or authority over disbursement of any funds. Further, the Investigative Committee has neglected to explain how Ponomarev or any other party supposedly benefited from the alleged misappropriation.

The persecution of Ponomarev has received wide coverage in the media. The New York Times reported that “Mr. Ponomarev’s exile is political payback.” The Wall Street Journal has noted that his only real crime is that “he has been outspoken in denouncing Mr. Putin, both inside and outside the country.”

Amsterdam & Partners LLP is an international law firm with offices in London and Washington DC. Past clients have included the former head of Yukos Mikhail Khodorkovsky, the former Prime Minister of Thailand Thaksin Shinawatra, and the former President of Zambia Rupiah Banda. In 2013, the firm was awarded the American Lawyer Global Pro Bono Dispute of the Year award for representing the whistleblower Georges Tadonki in a case against his former employer at the United Nations.

Amsterdam & Partners LLP will be representing Mr. Ponomarev on a pro-bono basis.