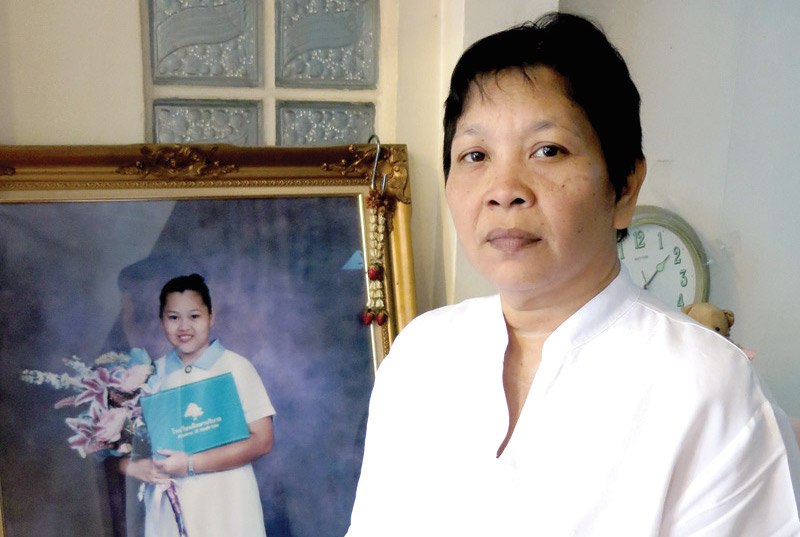 Amsterdam and Partners would like to announce with immediate effect that they have been retained on a pro-bono basis by Thai human rights’ activist, Phayaw Akkahad.

In May 2010, during a brutal and lethal crackdown by the Thai Army under the orders of the Abhisit Vejjajiva led Democrat Party government, Phayaw’s daughter, Kamonked “Nurse Kate” Akkahad, who was working as a medic in the government-designated Wat Patum temple safe area, was shot and killed, along with several other unarmed civilians, by Thai Army forces.

Since that time numerous investigations have concluded that not only were the killings at Wat Patum perpetrated by the Thai Army but there is no evidence to suggest that any persons within the temple were armed. Kamonked was wearing an easily identifiable medic uniform and was shot several times with high velocity military-issue rounds.

Despite a legal process beginning in 2013 against Mr Vejjajiva for Kamonked’s unlawful death, since the military coup of May 2014 this process has stumbled and ceased. At present there is no form of criminal accountability in motion whatsoever for the dozens of killings in the 2010 Bangkok Massacre which included the murder of Kamonked.

Amsterdam & Partners will be representing Phayaw globally and will continue to seek the means by which all those responsible for the death of her daughter are held fully to account.

Robert Amsterdam, founding partner at Amsterdam & Partners, said “we are honoured and privileged to be representing someone as committed to justice and accountability as Phayaw. We will continue to do all in our power to bring the murderers of Kamonked to book and to seek full legal closure – including criminal prosecutions – regarding the terrible events of May 2010.”