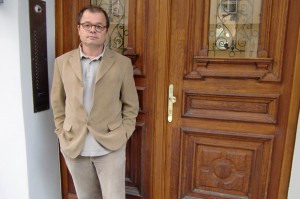 The following press release was distributed to media today:

The firm of Amsterdam & Partners has been retained by Stephan Templ after his conviction by an Austrian court.

Mr Templ, an Austrian citizen, has been sentenced to three years in prison for “defrauding the Austrian Republic” following a restitution claim for a share of a 19th-century hospital in Vienna that was seized by the Nazis in 1938.

Mr Templ has been an outspoken critic of Austria’s poor post-war record of returning art and property confiscated from Viennese Jews during World War II.

A 2000 treaty between the U.S. and Austria pledged the return of Nazi-looted property to owners and their heirs. Mr Templ was found guilty based on his failure to name his aunt in his application for restitution.

“This is a case that cries out for justice. For an Austrian court to convict and sentence to jail a Jewish citizen under these circumstances echoes back to a very dark period of history. The importance of addressing institutional discrimination cannot be stressed enough.” Robert Amsterdam said.

Amsterdam & Partners considers that the entire logic behind Mr Templ’s conviction to be flawed. It is unclear how the Republic can lay claim to property that is acknowledged to have once been stolen and has since given back to the heirs of the rightful owners.

In light of the multiple factual and legal errors in the prosecution of Mr Templ, he is appealing to the Austrian Procurator General with a request to reopen his case and seeking redress at the European Court for Human Rights.