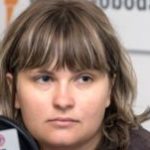 Over recent years, Novaya Gazeta journalists have paid a heavy price for their investigations into the darker side of Russian politics.  Anna Politkovskaya was murdered in 2006, Anastasia Baburova in 2009.  It remains unclear at the moment whether their fellow Gazeta journalist, Elena Miliashina, and her friend, the Freedom House representative Ella Asoyan, who were the victims of an assault and robbery this week, were targeted because of their work.  The Committee to Protect Journalists points out that there is considerable reason to believe the incident may be the result of Milashina’s probings into rights abuses:

Milashina works as an investigative journalist for Novaya Gazeta and frequently covers human rights violations, particularly in the dangerous North Caucasus region, as well as attacks and murders of local journalists. She has also contributed to CPJ, including a report on the lack of justice in the attack on Kommersant journalist Oleg Kashin and the murder of her mentor at Novaya Gazeta, Anna Politkovskaya.

Milashina and Asoyan waited an hour for the police to arrive at the scene, but finally left and went to the journalist’s home, Novaya Gazeta reported. Milashina told the newspaper that she views the robbery with suspicion. “My friend was carrying two bags,” she said. “One contained her laptop computer, the other one–money and personal papers. At first, they grabbed the bag containing her money, but she somehow was able to take it back. They did not even attempt to seize it again.”