At Gülen’s Magnolia Schools, the Math Doesn’t Add Up 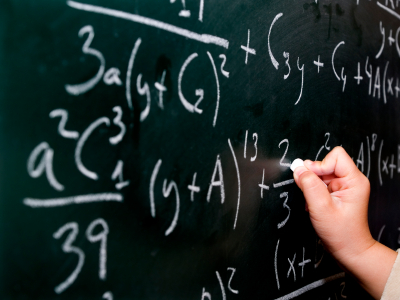 Magnolia Public Schools, one of the crown jewels of Fethullah Gülen’s U.S. charter school empire, prides itself on a rigorous math and science curriculum. But despite all their boasting of excellence in these subjects, the school’s finances display some incredibly shady calculus.

Like all charter schools, Magnolia’s ten institutions in California receive their funding from taxpayers, making the countless cases of misappropriation a matter of public concern. Earlier this year, Amsterdam & Partners LLP filed a formal complaint against Magnolia Public Schools after a state audit was unable to verify the propriety of nearly 70% of the network’s financial transactions. That is a shockingly high, unacceptable number.

Magnolia’s CEO, Caprice Young, has repeatedly sought to derail investigations into the network’s misconduct – including the use of gag orders from the school’s legal team.

In June, facing possible loss of more charters over concerns of this misconduct, Magnolia urged its students, parents, and alumni to protest at the Turkish consulate in Los Angeles in order to deflect attention from the financial and visa fraud that run rampant within the school system. They even provided all kinds of incentives including transportation, meals, and freebies. Disgraceful as it may be, this willingness to use unwitting pupils as human shields should come as no surprise given the history of this organization.

Having served as Magnolia’s CEO for a little under two years, Caprice Young commands a yearly salary of $236,000, well over the average US public school superintendent salary of $112,000, though still below that of Michelle King, superintendent of the Los Angeles Unified School District (LAUSD), who brings in $350,000.

The per capita differential between these two salaries, both paid by California taxpayers, is astounding.  King serves 168 times as many students as Young, but receives just 1.4 times her pay. That comes out to a salary of about 55 cents per pupil, compared to Young’s $69 per pupil.

Young’s exorbitant salary is far from the only example of the Magnolia’s wasteful application of public funds. State auditors found that the school network has spent hundreds of thousands on immigration lawyers to import instructors and administrators from Turkey on dubious grounds – many of whom lack basic English language skills to teach courses. Like other Gülen school networks, Magnolia cites an apparent – and unsubstantiated – lack of qualified teachers in the US as its reason for hiring a disproportionate number of Turkish nationals.

Like Young, these imported teachers are paid with taxpayer dollars and can often be trusted to “donate” a significant portion of their salary back to Fethullah Gülen’s movement, or directed toward the political campaigns of certain officials at the local, state, and federal level. This money laundering scheme occurs on an even greater scale through the conferral of massive contracts to Gülen-affiliated vendors.

But don’t take my word for it; just look at the records.  In but one example, Magnolia handed a $700,000 annual contract to the Accord Institute for Educational Research, an educational services vendor founded by the then-CEO of Magnolia, Suleyman Bahceci. After awarding the inflated contract, Bahceci left Magnolia to take over as CEO of Accord and reap the profits. The degree of overlap between Magnolia and Accord’s upper management effectively meant Magnolia was operating as both a public educational and a corporate entity. This contract, like countless others we have observed throughout Gülen’s schools, represented an illicit shuffling of taxpayer funds from a public school to a private enterprise.

Caprice Young has taken Magnolia on the offensive in an attempt to mask these glaring irregularities, but California residents deserve to know how their money is being spent. Magnolia’s methodology follows that of all Gülen schools. The network funnels public funds toward the Hizmet, uses an intricate web of shell companies and intermediaries to obfuscate the process and dodge accountability, and ensures a hefty personal profit for upper management, all under the guise of filling the gaps in American education.

The California Department of Education owes a duty to its 39 million financiers to conduct a comprehensive investigation into Magnolia’s activities. The network has filed applications soliciting nearly $380 million for the establishment of eight new schools, and unless the State of California begins investigating Magnolia for its unlawful activities, taxpayers will continue to foot an ever greater bill.  This November, Magnolia is seeking to open even more campuses, where these same patterns of abuses are no doubt likely to continue.

For a school that tries to pretend it is very good a teaching math, they sure don’t know how to add up their books.

Sign up to receive updates from robertamsterdam.com in your inbox