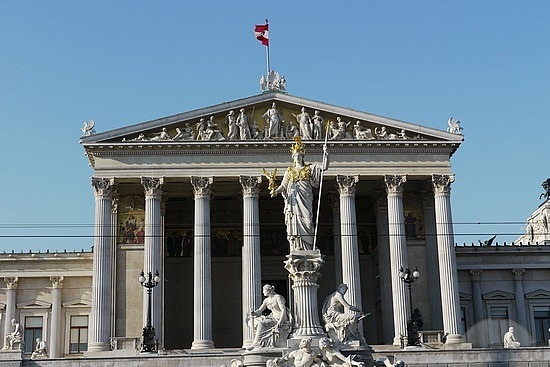 We urge the global Jewish community to study the case of Stephan Templ[1] as the Austrian government has appeared to alter its laws on restitution through the use of extraordinary discretion. Austria’s actions in this case set a new precedent whereby if currently state-owned property was once looted from your family, Austria will return it to you for free, with no need for application forms, deadlines or anything other than proof of hereditary lineage.

In this case, a Dr Kretschmer had not applied for restitution in time and so according to Austria’s restitution laws, she had missed her chance to be considered eligible for restitution of property that had once belonged to her family. In a show of extraordinary generosity, the State donated its rights to the property to her free of charge. To our knowledge, no other heirs have received such a generous gift and in Dr Kretschmer’s case, it was gifted to her in a secret transfer deed signed by representatives of the Republic of Austria.[2]

Thus, if you missed your chance to apply for restitution and believe Austria continues to hold or to occupy property belonging to your family, follow the precedent of this seminal case and Austria may well disregard its restitution laws in your favour.[3]

It bears repeating that in order to have a ‘right’ it could give away, Austria first launched an unheard of criminal case against the son of Holocaust survivors to claim ownership of a once Nazi-looted property. Austria’s blatant mistake in bringing that criminal suit against Stephan Templ is the likely rationale behind its disregarding of its own laws in favour of a third party.

[1] Details of the case of Stephan Templ can be found here: http://stephantempl.com/primary-documents/

[2] The document entitled Abtretungsvereinbarung, dated 22 August 2014, was signed by the Bundesimmobiliengesellschaft – an entity wholly owned by the Republic of Austria

[3] An interactive map of property looted from Jewish families in Vienna is found here: http://maps.tacticalspace.org/unserwien/