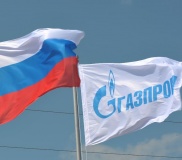 It was reported over the weekend that Russia has agreed to slash gas prices for Belarus after some months of wrangling.  Belarus Digest analyses the new wave of ‘economic carrots’ coming from the Kremlin.  Are the benefits really as tantalizing as they look?  Economic aid from Russia’s treasury often seems to have the air of the poisoned chalice.  Here’s what Yauheni Preiherman has to say:

It looks that the ‘old good days’ of affluent Russian subsidies and problem-free credits are back. There are plenty of discussions going on about the Russian rationale behind such generosity and about how long it is going to last. But little is said about the implications of this for the shaky Belarusian economy. And the implications are particularly important for disagreementswithin the elite on the economic policy which are not yet over.

The new Russian subsidies give more weight for the ‘status quo group’ in the ruling circles who argue against macroeconomic stabilization and any reforms. This group are predominantly representatives of the Presidential Administration. With the newly reached deals on gas and credits it is, of course, very tempting to avoid any socio-political risks associated with reforms and fully resume the proven administrative methods in the economy. The logic of the authorities goes: if the easy money can keep the existing economic model afloat why reform it and face an unpredictable period of transition?

Unfortunately, this logic is already seen in the latest decisions and declarations. For example, on the return to price regulation which is named as a tool against inflation. Fundamentally, price regulation/non-regulation has nothing to do with the level of inflation. However, it is undoubtedly easier for top Belarusian officials to think so than to curb emission-based state investment that is the real cause of inflation but keeps the existing socio-economic model going. As a result, the market distortions and all sorts of deficits will be back to the Belarusians’ daily life.

We can also expect that the new Russian subsidies and credits will also affect the final discussions regarding the outlook for the socio-economic development in 2012 scheduled for mid-December. It will be easier for the ‘status quo group’ to convince Lukashenka that 5-5.5% of GDP growth is possible and desirable in 2012. Even though such growth will make 100%+ inflation inevitable. And this will only further aggravate the systemic problems of the Belarusian economy.

To sum up, the new Russian subsidies likely to once again undermine any hope for market-oriented policies in Belarus. It means that the agony of the Belarusian archaic economic model will last longer and its ultimate demise will be even more tragic.