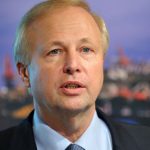 In a few days time British Prime Minister David Cameron will be heading to Moscow, on what represents the first contact between a British PM and Vladimir Putin in four years.  It seems that business matters are at the heart of the overture.  Cameron is not coming alone; he will be accompanied by a trade delegation of around 30 executives, with energy battle veteran Bob Dudley of BP among them, perhaps hoping to exact some understanding of why his company’s recent forays into the Putin zone have proved so unrewarding.  As if he didn’t have enough to deal with following last week’s raid on BP’s Moscow offices, a new report shows that he now has a corruption case for every day of the year to deal with as a sorry testament to his interaction with Russian energy.  From the Telegraph:

TNK-BP, the company jointly owned by the UK oil major and four oligarchs, disclosed the extraordinary details of a new probe, detailing hundreds of allegations of unscrupulous behaviour. They have led to 37 criminal cases involving employees and contractors this year.

The revelations are likely to embarrass BP’s embattled chief executive Bob Dudley, who is accompanying the prime minister on his visit to see his counterpart Vladimir Putin. They plan to discuss the climate for UK business in Russia.

BP initially appeared not to know about the announcement, raising further questions over the relationship between the British company and its oligarch partners – Mikhail Fridman, Len Blavatnik, Viktor Vekselberg and German Khan.

The disclosure that TNK-BP investigators have launched 365 inquiries into fraud since January may also make uncomfortable reading for BP’s shareholders at a time when Mr Dudley is under pressure over the company’s Russian operations.