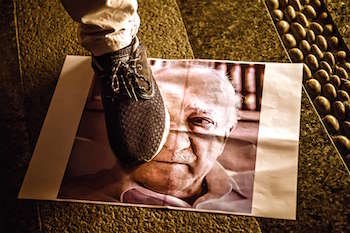 The reputation of Canada as an eternally modest, earnest, and polite people is more often an illusion than a fact. Especially when it comes to diplomacy and foreign affairs, we strive to pursue our own nuanced path as compared to our Southern neighbor, and in fact this “smarter” approach to geopolitics is a source of pride, and maybe even a touch of arrogance.

That’s why it is so especially frustrating when we see the clever Canadians completely missing the point when it comes to Turkey. In today’s Globe and Mail, there’s not one but two examples of embarrassingly misinformed reporting about Fethullah Gülen that couldn’t have been better written by his own PR team.

Now here’s a guy who is accused of plotting the attempted July 15 military coup which slaughtered 246 innocent people, who is a billionaire in control of some 55,000 companies and thousands of schools, who masterminded a horrific series of show trials and false imprisonments (Ergenekon and Sledgehammer), and who oversees a wildly powerful and obedient criminal organization with members installed throughout official institutions in numerous countries. According to our investigations in the United States, we have uncovered massive, systemic fraud, including the misappropriation of U.S. taxpayer dollars which were allegedly redirected to fund Mr. Gulen’s subversive agenda in Turkey to overthrow an elected government. But to the incredibly naïve editors at the Globe and Mail, Gülen instead is a “victim” committed to “non-violence.”

For Canada to be so blind to the threat posed by Fethullah Gülen is not only deeply alarming, it even makes Russia look like a more prudent observer of global affairs. If you look back to a Wikileaks cable sent by U.S. Ambassador Eric Edelman, even Vladimir Putin was scared by what Gülen was capable of, and took measures to prevent his attempted incursion into his country.

If there is someone that Vladimir Putin is afraid of, but who cause Justin Trudeau no worry, then you know you have a problem.

I welcome everyone to take a careful read of Edelman’s cable and come to your own conclusions.