Cleaning Up the Russian Media 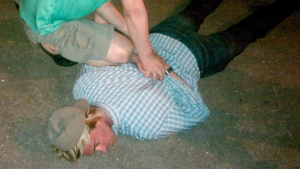 It’s fascinating to watch the fall-out of the recent arrest and expulsion of the hapless alleged American spy Ryan C. Fogle in the Russian media, in at least the degree to which we can see just how important of an institution Vladimir Putin’s propaganda machine has become.  Leaving aside for a moment all the unknowable questions about Fogle’s incomprehensible story, the Foglegate incident illustrates an approach by the Kremlin to defamation media that now has a discordant resonance on social media platforms, where they hold much less control.  As observed by Timothy Heritage on Reuters, “the Kremlin can manipulate state television, the main source for news for a large majority of Russians from the Baltic to the Pacific, it does not control the Internet and social media sites.  Not only have the Internet and such sites been used to spread word of anti-Putin protests by liberals and middle-class voters fearing political and economic stagnation under him, Volodin’s ability to get to grips with new media is not clear.”

However the state media in Russian can never be simply discarded.  It produces far too much content, employs far too many real journalists, and is not solely dedicated to the promotion of the state’s interest but also to the collection and presentation of facts about what is happening inside the country.  Writing on Vedomosti, Ilya Klishin takes a closer look at the complex picture of state media in Russia today (with a hasty English translation from us).

It is impossible to “clean up” the Russian media to ensure their complete loyalty.

The defamation of the media as an institution will only lead to a devaluation of official information and more value to rumors of dissent. Putin’s government (in the broadest sense) behaves as an occupier in a territory it has recently captured from the Internet and media.

Like in an occupation, communication is being controlled, garrisons are hosted loyal websites, the former communication infrastructure has been partially destroyed and partially rebuilt. Disperse guerrilla groups will be trimmed next. Putin seized control over the highest positions in the media during his first term, but his government’s trimming of small and mostly online publications had begun now as a response to the rallies for fair elections. Prior to that, these media sources were left untouched, apparently because they had a limited audience and therefore were not able to do serious damage. In some cases, media outlets have been closed entirely, while other journalists have been dismissed as inconvenient. Some media have been sold or reorganized, which helped to keep the gun pointing at their heads, that is, to transform them into a passively controlled mode.

Until 2011, the Internet was not a serious priority for the Russian authorities, except in certain cases of administrative bungling and rather pointless reminders on the presidential administration’s wages. The succession of restrictive laws passed between 2012-2013 systematically created a new phenomenon of blacklisted sites compiled by Roscomnadzor. These laws resulted in creating a legal basis for blocking any web page for a short time: though it is not about total censorship, but about manual control.

The blacklist allows denying access to specific pages on popular foreign social networks – Facebook, Twitter and YouTube, which only recently were tested by the Russian authorities. The events around “VK” (Vkontakte) resemble an attempt to subdue the social network by means of the “second hand.”

All this, as I said, looks like punitive actions of the occupying forces in the territory of the “media-partisans,” who, for some reason, were unable to organize mass protests. However, regarding a total “clean-up” of this space: it is obvious that now, during a relatively peaceful time, repression has reached its limit and stalled.

In the event of a new crisis situation, for example, during the upcoming 2014-2015 Moscow elections, we can expect further tightening of control: independent media may be crushed, “foreign social media” (as foreign agents) may be blocked or severely restricted, pages with “extremist” content, i.e. political content, may be massively blocked, political calls on the Internet may be criminalized, some individuals and businesses (IP-addresses) may be disconnected from the Internet.

All this is a direct and logical continuation of the current government model of behavior towards the media and Internet. Those who conduct the current repression and plan the future with their straightforward logic will believe that they cannot allow things to go back to the way they were. According to their ideas, the government should have full power to prevent attempts to initiate and spread information that is viewed as disruptive to the government. They plan to prevent the preparation of any opposition activities at the planning stage and to intimidate individual users.

In fact, such repressive tactics will have the opposite effect. Discrediting the media as an institution will also lead to a devaluation of official information and give more value to rumors of dissent. This will include information that is not verified and that is disseminated by “witnesses” through blogs. Conspiracy will replace open discussion. Those who seek to express their views will use tactics like constantly changing locations, using dynamic addresses and employing encrypted communication protocols. The popular perception of the value of agitation and participation in street protests will increase dramatically (remember the atmosphere of silence about the protests in early December 2011). Similarly, cutting off access to the Internet or restricting access to social networking sites will backfire. Ultimately it will lead to radicalization of youth that cannot imagine their lives without social networks. Once Mubarak ordered the shut down of the Internet, the number of protesters greatly multiplied.

One can destroy a dozen media outlets and put any number of bloggers in prisons, but it is impossible to fully “clean up” the Russian media, or especially, the Internet. There is no Chief General of the Internet who can be taken a prisoner. The Internet has a complex multi-level horizontal structure; and every kick, as in martial arts, can be turned against the striker. A winner of the eighth dan in judo could tell you that.