Did Austria Try to Cover Up Exculpatory Evidence against Stephan Templ? 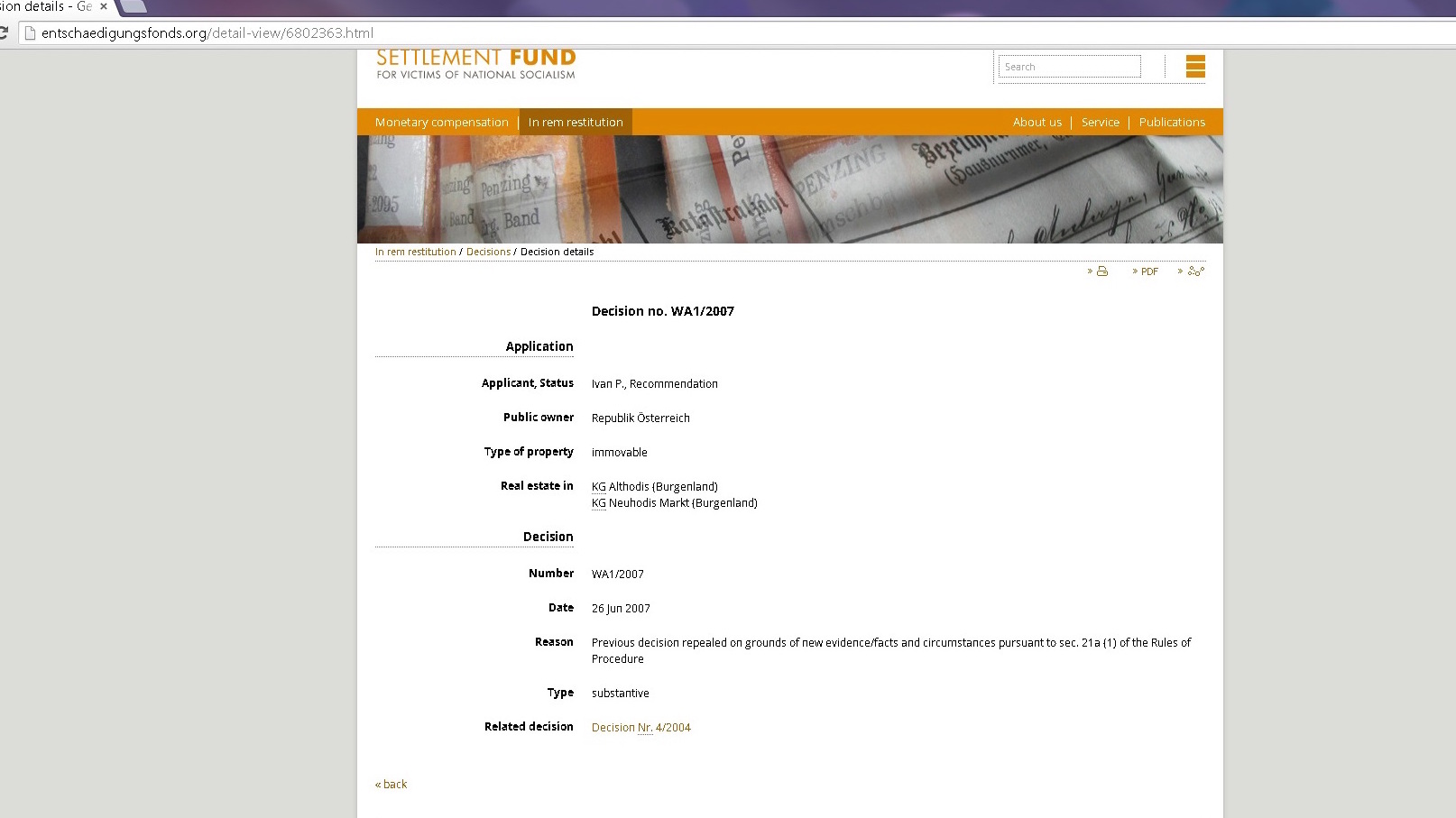 Screenshot taken 23 September 2015 – Austria’s National Fund website was missing one one key decision – the one that contained a ruling that impacts Stephan Templ’s case.

As part of our efforts to defend Stephan Templ from the unjust and arbitrary persecution by the Austrian authorities, we have been reviewing all the published decisions (recommendations) published on the website of the National Fund of the Republic of Austria for Victims of National Socialism, the institution responsible for adjudicating property looted by the Nazi regime back to their original owners.

By law, the National Fund is under an obligation to publish all recommendations online. In June this year their website was revamped, and relaunched with all the same data … except for just one missing decision.

Mr. Templ, the investigative journalist that he is, was able to track down the paper copy of this one single missing decision. Interestingly, it contained a very important case precedence. In the penultimate paragraph of decision WA1/2007, the following is written:

In this regard, it should be merely be mentioned that a criminally (or otherwise) sanctioned obligation of an heir to reveal in probate proceedings the existence of other heirs does not exist. Only a wrong statement during a formal questioning in the matter, as for instance in the recording of the death could have relevance.

This evidence is hugely important for the Stephan Templ case and directly underlines why he is innocent. The decision taken in case WA1/2007, which was conveniently removed from the Fund’s website for a time, shows that one does not have an obligation to state the existence of other heirs – which is exactly contrary to what was said in Stephan’s case.

What is interesting is that National Fund had released a FAQ on this case on the 4 June 2014, while Stephan’s final court decision was pending (i.e. which is not very fair, in our view) where they stated that one had to name other heirs if they knew of them. Further, in testimony before the first verdict, Claire Fritsch, the legal adviser to the Arbitration Panel (of the National Fund) also answered positively to the question that one had to name other heirs.

So, the National Fund has publicly declared something which this decision now suggests was wrong and a representative of the Fund testified making the same claim – and her testimony was said by the judge to be reliable and credible so it likely had an effect on the verdict.

We denounced this cover up by the Austrian authorities during a September 22 press conference. The next day, Sept 23, one of our lawyers took a screenshot just to make sure. Then guess what happens on September 24? The National Fund quietly puts decision WA1/2007 back up online without comment!

There are no words for this sort of unsavoury conduct by the Austrian authorities, who appear to be doing everything in their power to throw this innocent man in jail because of who he is and what he has said.