Edward Snowden and the Strategy of Tension 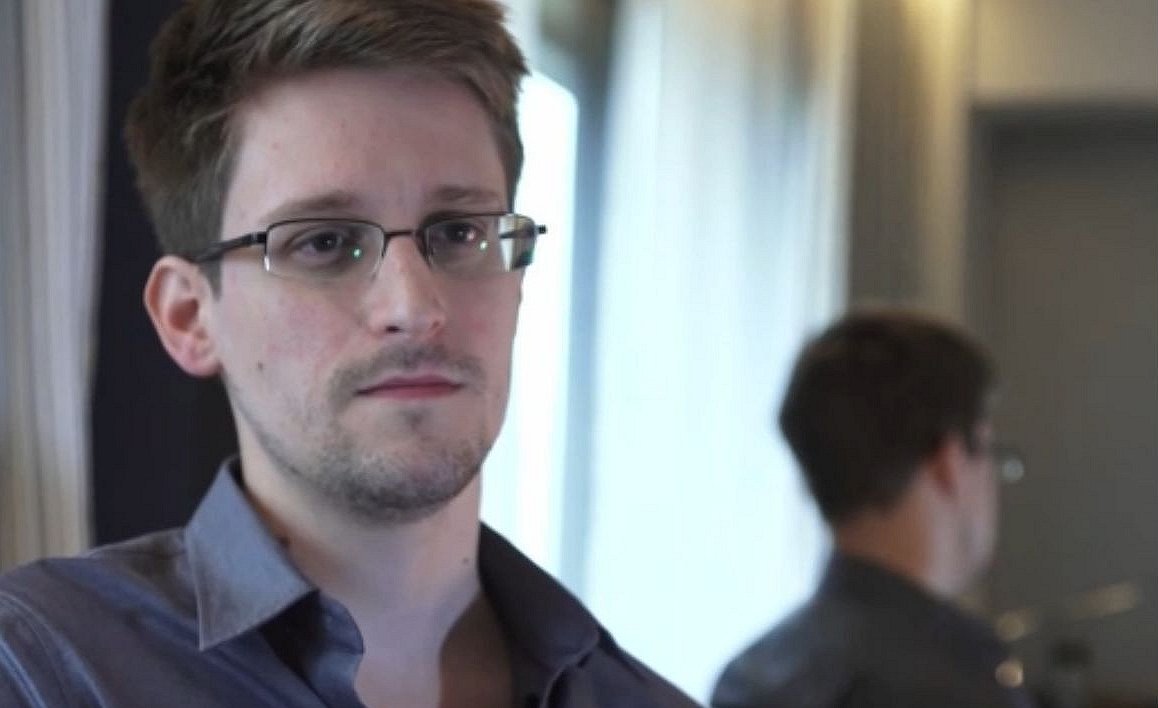 It has been a little more than two years since the whistleblower Edward Snowden’s first leaks of classified National Security Agency (NSA) documents revealing unchecked mass surveillance practices by the U.S. government, and it is safe to say that we now live in a totally different world.

The core questions first raised by the Snowden leaks – whether or not governments should have power to wiretap and hack citizens without the burden of probable cause and warrants – have not disappeared or been forgotten, like so many other news stories. In fact, privacy advocates just recently celebrated the first tangible political victory with the passage of the USA Freedom Act on June 2, which although an exceedingly modest step, represents the first time in history that Congress has acted to restrain the powers of the NSA.

And we didn’t have to wait long to see a response from the intelligence community. Last week the UK newspaper The Sunday Times published its story “British Spies Betrayed to Russians and Chinese” citing a number of anonymous government sources who claimed Snowden had caused irreparable, far-reaching damage because foreign powers had allegedly “cracked” Snowden’s encrypted document cache. According to the unnamed officials, Snowden has “blood on his hands,” though the article acknowledges there’s no evidence backing it up.

Snowden’s opponents rejoiced – finally here was the proof that the NSA leaks have caused more harm than benefit. One opinion piece published in the German newspaper Bild slammed Snowden for his recklessness, arguing that he “does not fully understand” the scope of what he has revealed, and further, that his discrediting of the U.S. intelligence apparatus has enabled even worse abuses of espionage by less free governments – though I’m not so sure about this leap of logic.

It’s not my place to debate the journalistic standards of the Sunday Times report, though many others have picked it apart, including Glenn Greenwald. Writing at Wired, journalist Bruce Schneier argues that China and Russia likely already had access to this intelligence, and not because of Snowden. The Sunday Times author, Tom Harper, told CNN that he had seen no evidence that the files were breached, that he had no details about how it had been accomplished, nor did he have any information on what files were allegedly accessed, so the story appears rather weak.

That fact is that the U.S. government and its partners in Five Eyes were caught breaking the law and exceeding their authority. We are all victims of this breach of our rights. Now those bringing the counter-argument are making the comparative argument – that it is a lesser crime for governments to break the law, because whistleblowers endanger national security.

But leaving aside for a moment whether or not the story holds water, and leaving aside whatever opinion one might hold towards Snowden, what is particularly troubling about the Sunday Times piece and the ensuing media circus is the timing. We are meant to believe that it is just a “coincidence” that these startling revelations of a major security breach come right on the heels of the scathing report by David Anderson QC, which found GCHQ spying practices “undemocratic, unnecessary, intolerable” and issued a series of recommendations for reform.

“Low on facts, high on assertions, this flimsy but impeccably timed story gives us a clear idea of where government spin will go in the coming weeks. It uses scare tactics to steer the debate away from Anderson’s considered recommendations – and starts setting the stage for the home secretary’s new investigatory powers bill. In his report, Anderson clearly states no operational case had yet been made for the snooper’s charter. So it is easy to see why the government isn’t keen on people paying too close attention to it.”

The counter-attack against Snowden also cannot be separated from the failure in Congress on behalf of national security hawks to maintain certain provisions of the Patriot Act pertaining to telephone metadata. The new law will also require FISA court proceedings to be declassified for “novel and significant” decisions.

The organized campaign attacking Snowden’s leaks appears to be an attempt to incite a moral panic, pushing a narrative based on fear and insecurity that says these privacy advocates must lay down their claims to rights and allow intelligence agencies the broad powers they need to “save” the public from imagined threats. This is pure survival instinct on behalf of a massive multinational bureaucracy of spy agencies, which, as it feels its reach threatened, makes a push to expand its hold even further.

The attempt to incite panic as a pretext to expand state power has a historical basis referred to as the “strategy of tension,” seen in various iterations in Europe in the 1960s and 1970s. One example was the 1969 bombing of Piazza Fontana by Italian fascists, which the terrorists later admitted was an attempt to provoke the military into declaring a state of emergency and suspending constitutional rights.

In his 1984 book “Portrait of a Black Terrorist,” Stuart Christie described the strategy of tension as an attempt “to manipulate popular feeling … by creating such social disruption and uncertainty that the populace would favour the installation of a strong-arm government pledged to restore order.”

In her book “Putin’s Kleptocracy,” author Karen Dawisha has similarly argued that a strategy of tension was at work during the horrific Vladikavkaz apartment bombings which served as the pretext for the second Chechen war. Dawisha quotes one analysis by Italian journalist Giulietto Chiesa of La Stampa:

“The criminal act was conceived and carried out not simply by a group of criminals. As a rule the question here concerns broad-scale and multiple actions, the goal of which is to sow panic and fear among citizens … Actions of this type have a very powerful political and organizational base. Often, terrorist acts that stem from a ‘strategy of building up tension,’ are the work of the secret service, both foreign but also national. … With a high degree of certitude, one can say that the explosions of bombs killing innocent people are always planned by people with political minds. They are not fanatics; rather they are killers pursuing political goals. One should look around [in Russia] and try to understand who is interested in destabilizing the situation in a country.”

So far, thankfully, we have not seen any demonstrations of violence related to the state’s counter-attack aimed at discrediting Snowden and reversing the meager reforms that are just beginning to take root. But it does however seem likely that in order to achieve their political goal, these spy agencies will increase these sorts of news stories both in quantity as well as urgency, deepening tension and fear, which reduces the public space available for a reasonable debate on how we can improve spying legislation going forward.