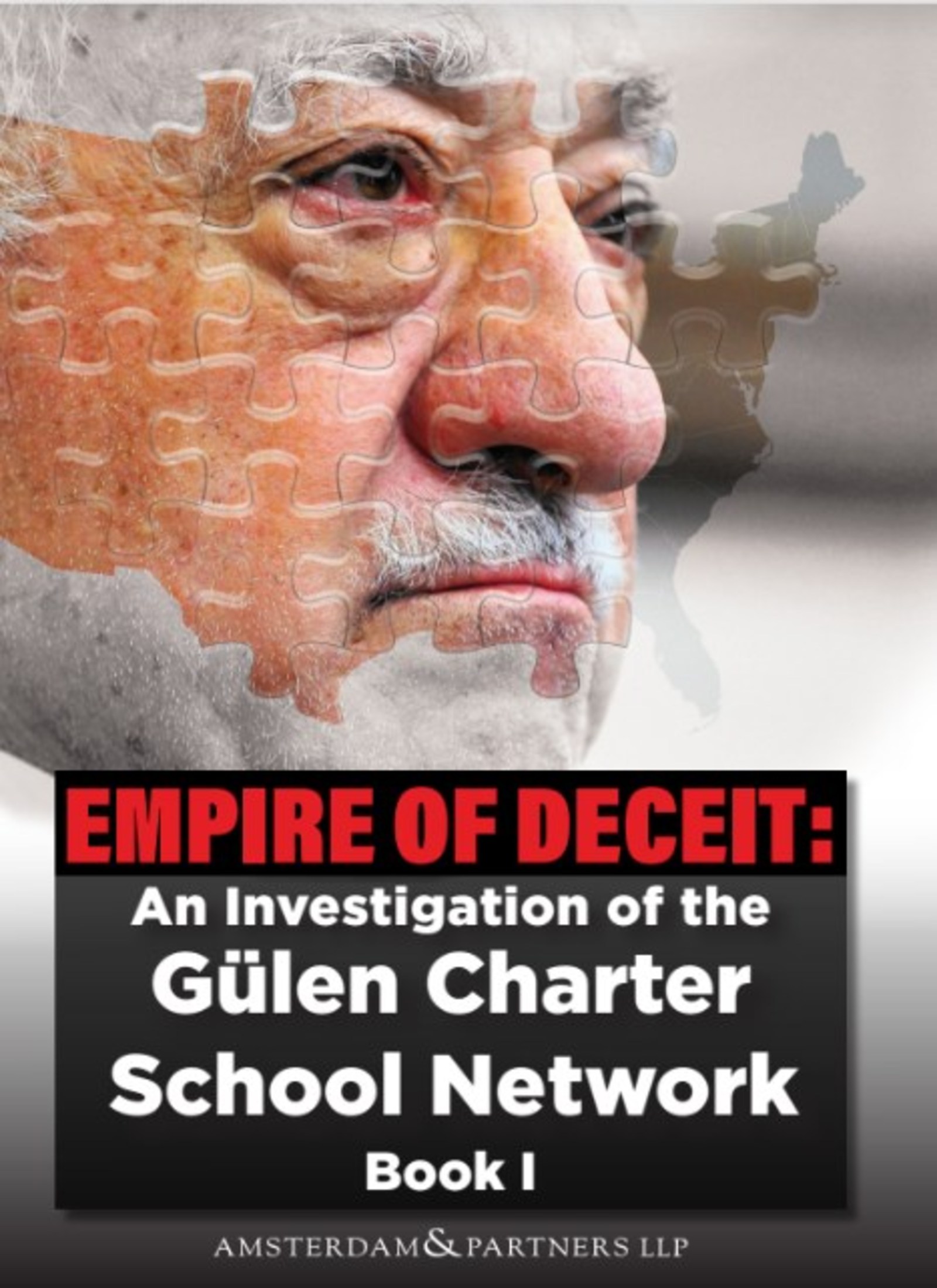 The following press release was distributed to media today.

Amsterdam & Partners LLP today released Empire of Deceit: An Investigation of the Gülen Charter School Network, a new book that, for the first time, details how the nationwide charter school network controlled by the Gülen Organization enriches itself at the expense of American school children, teachers and taxpayers. According to the book, Fethullah Gülen discovered a financing mechanism to support his organization – the American charter school system. 199 Gülen-affiliated schools across the U.S. generate more than $750 million in revenue, primarily through government funds on the backs of taxpayers, using a scheme of suspect real estate practices, insider deals and kickbacks with Turkish vendors, and rampant overuse of the H-1B visa program.

“The Gülen charter school network abuses the H-1B visa program and the American educational system to sustain and perpetuate the Gülen Organization,” stated Robert R. Amsterdam, Founding Partner at Amsterdam & Partners LLP and lead author of Empire of Deceit. “It is time for federal, state and local authorities to join with American parents and teachers to thoroughly investigate this network and protect American children and taxpayers.”

Fethullah Gülen is a Turkish imam living in a guarded compound in Pennsylvania with a network of schools around the globe. The authors’ investigations allege that through inflated pricing, vendor kickbacks, tithing by Turkish teachers, opaque accounting and other highly suspect arrangements and transactions, the Gülen Organization is able to siphon off millions of dollars from American taxpayers.

Among the book’s key findings:

Among dozens of whistleblower testimonials in the book detailing the Gülen network, an American teacher from New York said, “When I was hired I had to go through this whole formal interview process. Turkish teachers would just show up at the school out of nowhere and start right away with no formal interview process. Most of the teachers weren’t even certified to teach in New York State. Turkish teachers always got paid more than the American teachers…” (Empire of Deceit, page 633).

Amsterdam & Partners LLP asks federal, state and local authorities to critically analyze the findings of Empire of Deceit and to use the information to investigate the Gülen charter school network in order to protect the interests of American schoolchildren, parents, teachers and taxpayers.

This material is distributed by Amsterdam & Partners LLP / the Republic of Turkey. Additional information is available at the Department of Justice, Washington, DC.