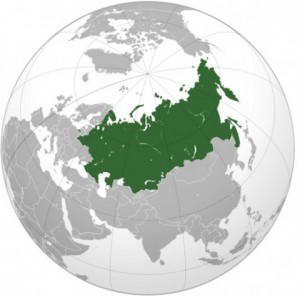 Since Vladimir Putin announced his return, it has been noted that some of the less savory elements of Russia’s political elite have come crawling out of the woodwork, in both people and idea form.   The FT notes today in a fascinating article that Putin’s Eurasian Union concept might owe a little to the ideas of one such character – Alexander Dugin:

The prospect of uniting with Kazakhstan and Belarus is unlikely to fill most Russians with a sense of grand imperial destiny. But for a small group of committed “Eurasianists”, the announcement by Vladimir Putin of a “Eurasian Union” between the three countries marks the epitome of their ambitions, the pay-off for a lifetime spent in the political wilderness.
“We have waited for 25 years for these words to be uttered in public by our leadership,” the leader of the Eurasianist Movement, Alexander Dugin, said in Moscow on Tuesday. For two decades he has worked to make dictatorship hip. Bearded and deep voiced, he veers effortlessly in conversation from the heroism of Muammer Gaddafi to the US conspiracy to destroy Russia. In his hardline vision, the motherland is threatened by a western conspiracy known as “Atlanticism” to which it must create a bastion of “Eurasian” power.

In Mr Dugin’s vision, a reborn Russia is a slightly retooled version of the Soviet Union with dystopian echoes of George Orwell’s 1984, where Eurasia was one of three continent-sized super states (Oceania and Eastasia being the other two) in perpetual war.

A former dissident in the 1980s who joined the nationalist opposition to Boris Yeltsin in the 1990s, Mr Dugin has since gone full circle. With the arrival of Mr Putin at the Kremlin in 2000, Mr Dugin made an effortless transformation from hardline opposition ideologue to pro-establishment public pundit.

The opposition politician Eduard Limonov, one of Mr Dugin’s early political collaborators, and now an implacable enemy, quipped that Mr Dugin is the “Cyril and Methodius of fascism”, named after the monks who introduced the Cyrillic alphabet to Russia in the ninth century.

Today, few, least of all Mr Dugin, try to hide the fact he has a close relationship to the Kremlin and has worked on many Kremlin-inspired political projects, such as the nationalist Rodina party and the Eurasian Youth Union.

On Tuesday, he even took some credit for Mr Putin’s article “Eurasia: the future which is being born today” published in the Izvestia newspaper. “We did help in the preparation, but, unfortunately, they softened our formulas,” he told a small conference at the University of Moscow, before introducing the next speaker – Iran’s ambassador to Russia. Indeed, the event was timed for the day the Russian prime minister’s article came out.