France Looks to Cash In on “Ski Chechnya” 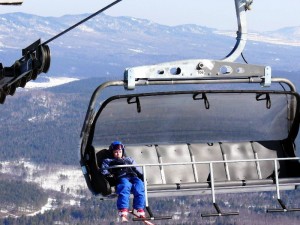 Remember all those good laughs we had back when playboy/warlord Ramzan Kadyrov said he wanted to turn Chechnya into a destination ski resort?  Certainly the live fire conditions seemed like the ideal place to train Russia’s Olympic biathlon team…

Well now it appears that the Russian government is already throwing tens of millions of taxpayer dollars into the project, with European resort companies elbowing their way to the front the line to land the business.

Nicolas Sarkozy’s liaison to Russia Jean-Pierre Thomas tells RT that French companies are eager to take part in more than $15 billion to be invested in these ski resorts, and also offers many standard observations to score some points with his mark (ie – media coverage of Russia is “biased,” and the investment climate is “improving.”)

RT: On this visit you will go to the North Caucasus to evaluate its potential for investment. Does the alpine tourism expertise figure in your approach?

JPT: Yes, and I believe that Russia took a very good decision, which is the one to try to stabilize and ensure better security in this area through economic development. And both presidents, President Medvedev and President Sarkozy in Deauville, on the sides of the G8, made a joint declaration on this.

Russia chose France as the main supplier – not exclusive, but main. To try and establish ski resorts, spas and develop the area coastline. This is a huge project led by Mr. Bilalov, the president of North Caucasus Resorts. We’re taking a visit with Ms. Nabiullina, and I believe that the tourist development will be the right path to create jobs, give hope and as well increase security, which also comes with economic development. We are going to take part in this adventure.

RT: Is this the first time you will be going to the North Caucasus?

JPT: Yes, for me this will be my first time in the North Caucasus and I am very excited to have the chance to discover it, which is wonderful. I have seen photos, the French team accompanying me already knows that area, it is a wonderful place, and I think you can develop a tourist hub in the center of Europe which will be very attractive to the whole world.

RT: How long do you think it will take to turn into a tourism paradise? Right now it’s not the safest place for tourists to go.

JPT: You know, the French have experience. We developed in Croatia, remember. Turkey at the very beginning. When we were developing tourism in Turkey, the area was not that safe. And the conviction of your government and your president, to say that we are going to develop this area, to create jobs for the young, of course to ensure security. The government provides guarantees for up to 70 per cent of investment, but its still taking a chance – it’s the right decision to develop this area, so that is what needs to be done.

RT: What amount of investment are we talking about?

JPT: This is a huge project, over many years; more than $15 billion will be invested. French companies and others will have the opportunity to take part. Investors, and of course the Russian government invests a lot in infrastructure, which our companies can complement: I am thinking about Pomagalski, who builds ski lifts. Other French companies will be present, we are going to invest but it will also be necessary to attract capital from all over the world. This is a very big project.