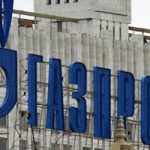 Raids on the offices of European companies by machine-gun toting FSB henchmen make for frequent headlines.  Energy major BP was one of the companies to recently experience this lesser pleasure of operating a business in Russia, namely the moment when a volley of armed-to-the-teeth agents storm into the workspace and begin seizing paperwork.  Now it seems the shoe might be on the other foot. Since the beginning of the week, we have heard reports that the offices of Gazprom subsidiaries across ten EU countries have been raided on the orders of a European Commission competition probe.  Reuters reported today that the raids are suspected to be part of a long-term strategy to reduce Russian hegemony over EU gas supplies. Whilst Gazprom has downplayed any drama, pledging full compliance in the investigations, some analysts say that the world’s largest gas producer might yet have something to worry about.  From Russia Profile:

Others, however, claim the raid marked the beginning of a major policy shift in EU energy relations with Russia. The move, said Arkady Moshes, a foreign policy expert at the Finnish Institute for International Affairs, signaled that the EC is not afraid of “offending” Russia and that diversifying energy supply – demonstrated in large part by the planned Nabucco pipeline – is a policy priority. “It shows that the climate has changed and that the EC has started looking into issues more seriously,” he said.

What’s more, it seems the various inter-EU politics toward Russia may be losing their muster. Whereas Germany, a key Russia ally, has long been known for negotiating bilaterally (and outside the EU framework) with Russia, it is particularly telling that it sports a representative at a key position in this affair: EU Energy Commissioner Gunther Oettinger. Oettinger recently proposed to force national governments into fully disclosing to the commission their intents to negotiate international energy deals, a move that seems targeted at keeping a closer eye on the European energy scene. Moreover, Oettinger has also put forth an ambitious plan, to be agreed upon by all 27 EU governments, to negotiate a Caspian pipeline between Azerbaijan and Turkmenistan, which would ship Turkmen gas to Europe while bypassing Russia altogether.

Overall, according to Moshes, the clear message is that the EU is beginning to demand greater control over a largely one-sided energy game, in which energy is too often considered more than just a commodity. “They are not willing to get rid of Russia as a supplier, [but] they want Russia to play by the rules which they establish in Europe,” he said. “There is a will not to accept any talk of energy being used as a political instrument.”