Is Africa Growing More Than We Thought? 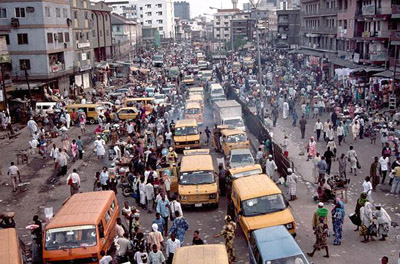 Yes, this is somehow all working.

For several years now I have been singing Africa’s praises as the next big destination for foreign investment – despite the political risks that must be carefully navigated.  Despite some negative trends in some countries (such as Zambia), overall the continent looks like it is prepared to continue the boom.  Here is an interesting excerpt from an article published in the Financial Times by Sebastian Malleby of the Council on Foreign Relations.

Two years ago, Ghana corrected an error in its gross domestic product statistics – and the estimated size of its economy shot up by more than 60 per cent. Its mistake had been to count activity only in well-established sectors, omitting new ones such as mobile telephony. It seems likely that this error exists elsewhere. A forthcoming revision in Nigeria could be as dramatic as Ghana’s, boosting the GDP estimate for the whole of sub-Saharan Africa by as much as 15 per cent.

Alwyn Young of the London School of Economics has pointed to another reason to suspect that standard GDP data underestimate Africa’s progress. Household surveys, which record rates of ownership of consumer durables as well as housing quality, health and education, suggest that consumption in sub-Saharan Africa has been growing by about 3.5 per cent per year over the past two decades – more than three times faster than suggested by the national accounts. Even Professor Young’s critics concede that, in Kenya, for example, real GDP per person rose by just a 10th between 1993 and 2009, while the percentage of people with electricity more than doubled, the percentage with flush toilets more than tripled, and the percentage with a telephone shot up from just about nothing to 60 per cent.

Child mortality statistics tell the most positive story of all. In 1997, in a notably despondent analysis of Africa, William Easterly and Ross Levine reported that the typical African mother had only a 30 per cent chance of seeing all her children survive until age five. But Africa has recently witnessed falls in child mortality faster than any recorded anywhere. In the five years to 2010, Senegal cut its under-five mortality rate from 12.1 per cent to 7.2 per cent. Rwanda and Kenya did almost as well. It took India fully a quarter of a century to achieve a comparable decline.