Is China Wearing Out its Welcome in Africa? 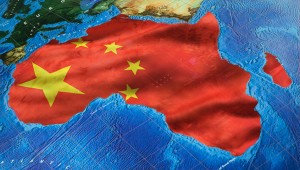 The following is an excerpt from my new column in Spear’s magazine.

The explosive economic growth of China over the past decade has transformed millions of lives, redefined investors’ portfolios and even shifted the global balance of power. The BRIC economies now represent 20 per cent of the global economy, four times ten years ago.

One of the most remarkable aspects of China’s economic transformation has been its growth in soft power, especially among many African nations where it has become the number one trading partner, allowing Chinese manufacturers access to critical raw materials at the most advantageous prices while also providing a market for manufactured exports.

But will this last forever? There are some cautionary signs which may signal a much more difficult future for China in Africa. The concerns that China may be wearing out its welcome came to a head in July when the president of South Africa, Jacob Zuma, visited premier Wen Jiabao in Beijing. Among all the backslapping and platitudes shared between the two leaders, President Zuma came to China with a bold message: Africa does not intend to become China’s resource colony.

‘Africa’s commitment to China’s development has been demonstrated by supply of raw materials, other products and technology transfer,’ President Zuma said. ‘This trade pattern is unsustainable in the long term. Africa’s past economic experience with Europe dictates a need to be cautious when entering into partnerships with other economies.’

Zuma’s comparison of China to the colonial European powers that ravaged the continent is illustrative of a new attitude prevailing in a number of African capitals I have visited in the past year. A growing sense of resentment over what are perceived to be unfair terms, an infamous tolerance of state corruption and alleged human-rights abuses of workers at state-owned mines has many African leaders, such as President Zuma, arguing a tougher line with Beijing.

But China’s problems in Africa go beyond politics. Beijing was successful for so many years in creating a massive footprint in Africa thanks to loans featuring no conditionality for democratic or economic reforms, to imported skilled labour to make every project deadline and to a glut of artificially cheap manufactured goods for Africa’s underserviced consumers.

Read the full version of the article here.