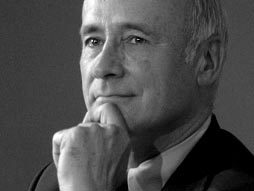 Prof. Joseph Nye is not just an interesting guy because of that whole “soft power” thing he pioneered, but because when he talks about Asia, we are treated to a glimpse of insider thinking in Washington, given the broad, informal mandate extended to him by State Department demonstrated by his recent visit to the region to try to mediate the dispute over the Senkuku islands.

Writing in the FT, Prof. Nye revisits a familiar theme in raising caution over Japan’s rightward tilt, which also shows a willingness to play fiddle to China’s narrative on the territorial disputes. Is the Obama administration attempting to remind Japan that its support is not unconditional? Hardly seems like the strategic moment for such a message.

The real problem is not that Japan is becoming too powerful in international affairs but that it may become too weak and inward-turning. The question is whether Japan wishes to continue to be a great power nation, or if it is content to drift into second-tier status. China has passed Japan as the second-largest economy, and Japan faces a debt to gross domestic product ratio of more than 200 per cent, an ageing population and a declining birth rate. If this means that Japan turns inward to a reactive populist nationalism rather than play an active role on the world stage, the world as well as Japan will be worse off. Japan has much to contribute. It is now the second-largest contributor to the UN and other multilateral institutions; a significant provider of overseas development assistance; and the world’s third-largest economy, with a consumer sector twice the size of China’s. (…)

When I asked about the rightward trend in politics, some young Diet members said they hoped it might produce a realignment among political parties that would lead to greater longevity of prime ministers and more effective government. If a moderate nationalism is harnessed to produce political reform, and the election produces such a realignment, the results could be good for Japan. The danger, however, is that the nationalist mood leads to symbolic and populist positions that win votes at home but antagonise Japan’s neighbours.