Journalists as an Endangered Species in Russia 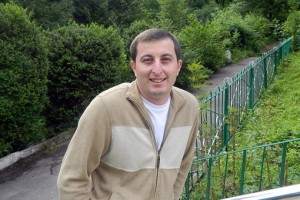 The recent killing of Russian broadcast journalist Kazbek Gekkiyev has served as a disturbing reminder just how dangerous Russia remains for media practitioners, bringing fresh memories of all the well known victims from Paul Klebnikov to Anna Politkovskaya and Anastasia Baburova.  A recent editorial published by Gazeta.ru makes the argument that journalists are never going to be safe in Russia until society begins to understand the true value of freedom of information.  Below is a translation of the article.

The Price of Information

Only society can provide protection and support for journalists

The authorities are not concerned over the safety of journalists, especially those who portray the government in ways it prefers not be shown. And in reality, only society can protect the media. Of course, that’s only if society is interested in freedom of information and its control over the state machine.

On Wednesday night, the 26-year-old journalist Kazbek Gekkiev was murdered in Nalchik. “Perhaps, the most important right of the person, the right to life, was violated. And apparently it is also connected to the right to information because a victim was a journalist”, – Putin said, expressing his confidence that “our law enforcement agencies will do everything to find and punish the criminals involved.”

The victim of a crime was a state television journalist, a host of “News: Kabardino-Balkaria”. And there is no slight doubt in the president’s desire to find and punish Gekkiev’s killers. However, there is doubt about the ability to implement this intention.

The war in the North Caucasus still continues. Deaths are reported almost daily. It is not in the power of Putin to establish law and order there and to provide security to anyone. Local law enforcement officers behaved in a more realistic way, when earlier this year, after threats from militants, they advised two colleagues of Kazbek Gekkiev to simply leave Kabardino-Balkaria.

The atmosphere is dangerous not only for journalists but also for people who attract attention in any way. However, journalists are also a risk group in our peaceful regions. And in particular, those journalists are at risk whose professional activity is not subject to the authorities.

Anna Politkovskaya was murdered in Moscow. Vladimir Putin responded to her murder ambiguously, saying only that her death caused much more damage to “the current government than did her publications.” And for the past six years, the person who contracted the killing has not been identified. Protracted investigative actions have not shed any light on the organizers and implementers of this crime.

The brutal beating of Oleg Kashin also happened in peaceful Moscow. And, despite the expressed interest to the investigation by then President Medvedev, the inquest has not advanced. Or it failed to advance because those responsible were already so clear to both the authorities and the victim.

Furthermore, only during last year, dozens of journalists have been beaten or detained in Moscow and other cities during the protests that they covered while performing their professional duties.

People accused as a part of the “Bolotnaya square” case were arrested and await of the harsh sentences for real or alleged attempts to hit policemen, or at least trying to get out of their grasp. Moreover, no policeman or silovik has been punished for the violence towards the journalists, even though a year ago “obstructing the professional activities of journalists and applying force against them” has been transferred into the category of serious crimes (Article 144 p . 3 of the Criminal Code).

Those people who impose sentences have their own, invisible to other, scale in which some misdemeanors become unforgivable crime, and other much more severe crimes are treated as harmless and even encouraged prank. Although, as Putin correctly noted, the attack on the journalist is not only an attack against the person, but an anti-social crime depriving society of “its right to information.”

In relation to recent events, the Presidential Council on Human Rights (CHR) is about to have a special meeting on the safety of journalists. Among invitees are the heads of almost all law enforcement agencies, and at least one of them, Interior Minister Kolokoltsev, who “does not exclude” the possibility of his attendance.

The urgency of the matter, as well as the organizers’ good intentions are obvious. But more complications emerge when generating ideas on how to fix the problem.  The usual suggestion of “legislation improvement” for these kinds of cases clearly will not help.

From a formal point of view, Russian law already protects journalists’ professional activities so well that any further improvement of the law is not appropriate.

What other cooperation could be between two different, but equally formal structures – large security agency and small advisory body working under the president? After all, they are not authorized to order each other. Both are subject to the President.

It is unlikely that the Ministry of Interior or the Investigative Committee, can get any information from the HRC that they do not know. Rather, it will be a reminder of the already known. For example, the fact that such a journalist was illegally arrested or beaten, and that the guilty officials should be punished for it. How would law enforcement agencies react to this advice? Perhaps, following the unwritten rules, the agency will start from the fact that so far the president ignored all the recommendation of his Human Rights Council.

It is clear that no one can guarantee absolute safety to anyone. Not to mention that a collision with some risk is an inevitable part of the journalists’ work in all countries.

But real journalism is not only a well-performed job. It is also a public service. And the service works, if it is in demand. Thus, only society can provide real support and protection for journalists.

The authorities will not be bothered over the safety of people who portray in an unflattering light. But if society really wants to provide a check on the state machine, then it needs to ensure the opportunity for journalists to do normal professional work.