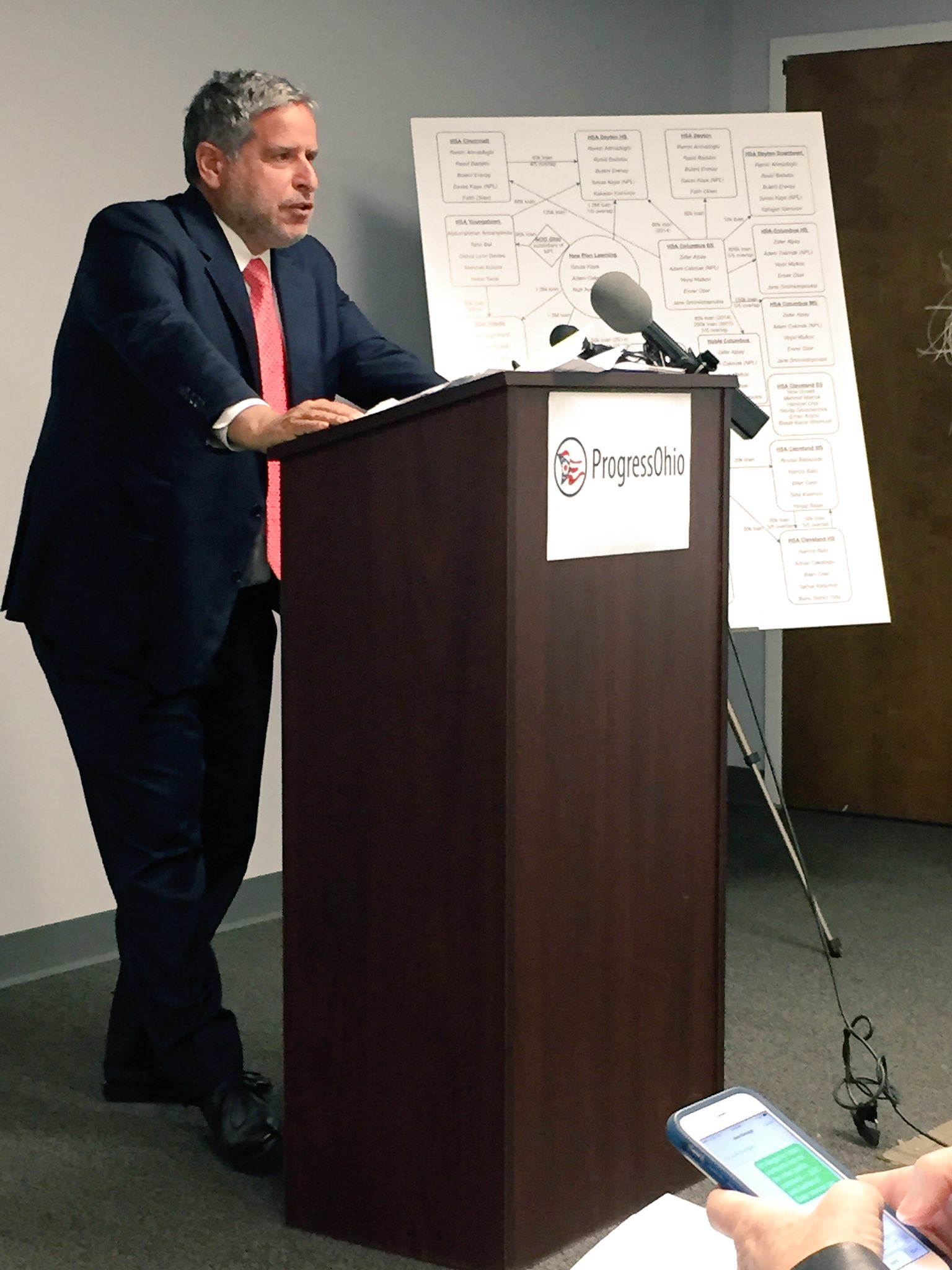 The following press release was circulated to media today in Columbus, Ohio:

COLUMBUS — Amsterdam & Partners, an international law firm, will detail findings of its investigation into 17 Ohio-based charter schools tied to Fethullah Gulen, a Turkish cleric living in exile in Pennsylvania. The findings will show misuse of public funds for illegal private benefit and will be turned over to Ohio Auditor David Yost. The findings include:

In 2014, ProgressOhio organized a panel of teachers who worked for the Dayton Horizon Science Academy to testify before the state school board. They reported witnessing test tampering, sexual misconduct in the classroom and unqualified teachers of Turkish decent; the Ohio Department of Education found no evidence of wrongdoing.

ProgressOhio has exposed a series of charter school scandals and worked with allies to champion a new law that improved accountability and transparency for the state’s $1 billion-a-year charter industry.

The Republic of Turkey hired Amsterdam & Partners in 2015 to conduct a global investigation into the Gulen organization. The firm’s work has led to ongoing investigations in California and Texas and prompted the Oklahoma state auditor to find evidence of financial fraud and contract bidding violations.

Amsterdam & Partners was awarded the 2013 Global Pro Bono Dispute of the Year Award from American Lawyer after winning a case on behalf of Dr. Georges Tadonki, who was wrongfully dismissed from the United Nations after blowing the whistle on United Nations’ complicity in atrocities in Zimbabwe.